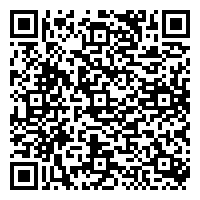 Helicobacter pylori Eradication and the Role of Probiotics

Helicobacter pylori (H. pylori) infection is the leading cause for the development of chronic active gastritis, gastroduodenal ulcers, gastric mucosa-associated lymphoid tissue lymphoma and gastric cancer. As a result, several eradication regimens for H. pylori infection have been recommended by national and international guidelines. These regimens have been repeatedly modified over the years to overcome the evolving resistance of H. pylori strains to antibiotics. Recently, the Hellenic Society of Gastroenterology convened a consensus meeting and recommended that a concomitant non-bismuth quadruple regimen of a Proton Pump Inhibitor (PPI), amoxicillin, clarithromycin, and metronidazole for at least 10 days be the preferred first-line therapy in Greece, because it is associated with higher H. pylori eradication rates. Non-bismuth triple regimens have showed superior effectiveness in several trials and are now a feasible alternative, particularly in countries where bismuth is unavailable, such as Greece.

Despite the high eradication rates reported in clinical trials, two major drawbacks, namely antibiotic resistance and poor compliance may hinder the satisfactory effects of standard H. pylori eradication regimens. Poor compliance has been linked to treatment-related side effects such as antibiotic-associated diarrhea, nausea, and vomiting. The reported rate of these adverse reactions ranges from 5% to 30%, with treatment discontinued in some cases. Probiotics, which are defined as live micro-organisms, when administered in adequate amounts, confer health benefit on the host, can potentially alleviate these side effects and boost H. pylori eradication rates. Certain probiotic strains, such as Lactobacillus spp., can colonise the stomach microbial ecology, directly or indirectly antagonizing H. pylori. Furthermore, probiotics' short chain fatty acids may lower urease activity and limit H. pylori colonization in the stomach mucosa. Finally, probiotics have been shown to reduce the inflammatory response mediated by Interleukin (IL)-8 following an H. pylori infection.

Infection with H. pylori causes a long-lasting immunological response. Because the organism has multiple modifications to avoid immune detection, the body's clearance is never complete. As a result of the ongoing inflammatory processes in the stomach, the number of somatostatin-producing D cells decreases. This results in an increase in gastrin production, followed by an increase in stomach acid output, which in certain people can lead to peptic ulcers.

H. pylori are linked to more than 80% of duodenal ulcers and more than 60% of stomach ulcers worldwide. The majority of people who are colonised with the organism do not develop peptic ulcers; however the majority do develop gastritis. The lifetime risk of stomach or duodenal ulcers is only 10%, which is somewhat lower than the risk of H. pylori colonisation. The reason why only certain people get ulcers is unknown, although a mix of bacterial strain variations, host vulnerability, and environmental variables are likely to be involved. Patients experiencing epigastric discomfort or dyspepsia should be evaluated for an H. pylori related peptic ulcer. In individuals with a family history of gastric cancer or gastric Mucosa Associated Lymphoid Tissue (MALT) lymphoma, colonisation should be suspected and checked. It is especially critical to test for H. pylori infection in any patient who is going to begin short-term or long-term NSAID medication, because eradication decreases the risk of ulcer disease in these individuals.

H. pylori infection continues to be a major source of morbidity across the world. Sequential therapy and salvage therapy are being recognised as viable first- and second-line options. The evidence for sequential therapy is promising with several trials demonstrating eradication rates that outperform any current commonly used medication. Sequential treatment is a two-step, 10-day regimen that consists of a PPI with amoxicillin for the first 5 days, followed by triple therapy with a PPI, clarithromycin, and tinidazole.