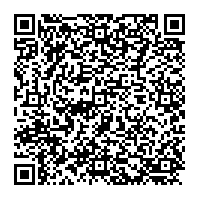 The incidence of infections due to extended-spectrum β-lactamase (ESBL)–producing Escherichia coli has been i ncreased dramatically in recent years. Treatment is difficult because of frequent multidrug resistance. To identify the sensitivity of commonly used antibiotics, 36 ESBL producing E. coli strains were isolated from young adult female patients in a govt. medical college hospital in Bangladesh. The samples were studied for antimicrobial sensitivity against nine (9) commonly used antibiotics namely ampicillin (amp), trimethoprim-sulfomethoxazole (tms), tetracycline (tet), ciprofloxacin (cip), mecillinum (mel), ceftriaxone (cef), nalidixic acid (nal), Azithromycin (azm) and Chloramphenicol (chl) and the MIC values were determined by agar dilution method. Overall, 72% of the strains were multidrug resistant (MDR) i.e. resistant to two or more drugs. Among 36 strains, 14 isolates were initially found to be resistant against third generation cephalosporin, ceftriaxone. Those were subjected to the test for production of ESBL (Extended Spectrum β-Lactamase) and 7 showed positive results.

Urinary Tract Infection is the most commonly encountered infection found in adult women in many parts of the world. Reports of high incidents of community acquired urinary tract infections are available from Asia Pacific, Denmark, Japan, India, Russia, and the USA [1-4]. In the USA alone, every woman visits physician at least twice for the management of UTI [5]. In Bangladesh UTI is both community and hospital acquired. The disease has not been yet occurred as outbreak but emerging resistance of pathogenic strains against multidrug has imposed a threat of epidemiology all over the world. Strains highly resistant to ciprofloxacin were detected among commonly isolated gram-negative urinary pathogens [6]. Transferable drug resistance is also been studied and found common in organisms isolated from UTI patients in Bangladesh [7].

While trimethoprim--sulfamethoxazole or trimethoprim alone had been used widely as empirical therapy for E. coli urinary tract infection for a long period of time, recent studies suggest alarming prevalence of multidrug resistance in E. coli associated with UTIs. Very high percentages of multidrug resistant (including fluoroquinolones and cephalosporins) E. coli causing UTIs began to be reported from earlier this decade from USA, Saudi Arabia, India, Japan , Nepal, China and Brazil [8-14]. This made the treatment of UTIs even more complicated.

Until recently, most infections caused by ESBL-producing Escherichia coli (ESBLEC) had been found to be nosocomial [15, 16]. The emergence of extended-spectrum β-lactamase (ESBL)-producing bacteria, particularly E. coli and Klebsiella pneumoniae, is now a critical concern for the development of therapies against bacterial infections. ESBL producing organisms exhibit co-resistance to many other classes of antibiotics resulting in limitation of therapeutic option [17]. Emergence of ESBL producing E. coli in Bangladesh should be of no surprise as significant prevalence of ESBL producing multidrug resistant E. coli have been reported recently in India and Pakistan [19-20]. Incidence of urinary infections (UTIs) by ESBL-producing E. coli was found highest in India (60%), followed by Hong Kong (48%) and Singapore (33%) [1].

Thirty six Eshcherichia coli strains were isolated from ‘clean-catch’’ midstream urine and put into culture by the standard-loop semi-quantitative technique [18] from UTI patients at the Sylhet Medical College, Sylhet, Bangladesh. The culture in MacConkey agar plates were incubated aerobically at 370C overnight (18- 24 hours). Any plate showing more than 100 colonies were considered as signifi- cant. A single colony of confirmed Eshcherichia coli was grown in trypticase soy broth with 0.3% yeast extract and stored at -700C after addition of 15% glycerol for further use. The strains were identified in the microbiology laboratory by standard microbiological and biochemical methods [21].

The API 20E strips that consist of 20 microtubes containing dehydrated substrates were used to confirm the bacterial species [22]. For every strain, one specific number was obtained by the change of colour of the strips upon addition of bacterial suspension. The number was matched with the analytical profile index.

Bacterial susceptibility to antimicrobial agents was determined by using modified Kirby-Baur method or disk diffusion method as recommended by the National Committee for Clinical Laboratory Standards [23] with commercial antimicrobial discs (Oxoid, Basingstoke, United Kingdom). The antibiotic discs used in this study were ampicillin (10 μg), tetracycline (30μg), mecillinum (25μg), nalidixic acid (30μg), sulfomethoxazole-trimethoprim (25μg), ciprofloxacin (5μg), ceftriaxone (30μg), azithromycin (15μg), and chloramphenicol (30μg).The diameters of the zones of complete inhibition were measured to the nearest whole millimetre by a ruler. The zone diameter for individual antimicrobial agents was then translated into susceptible, intermediate, moderately susceptible, or resistant categories according to the interpretation table (supplied by the company, Oxoid limited, England).

Minimum inhibitory concentration (MIC) values of fluorooquinolone antibiotics (ciprofloxacin and nalidixic acid) were determined by agar dilution method [24] in which the bacteria were allowed to grow on a series of agar plates containing doubling dilution of antibiotics and the results were most often read after incubation at 37°C for 20 hours. Young cultures of the representative strains were used in this method where 10-15μl young culture was applied on the agar surface by means of an inoculating device (micropipette). After inoculation, the plates were dried for 5 minutes in room temperature and then incubated at 37°C overnight. After incubation, the plates were observed for complete inhibition of bacterial growth.

Determination of production of ESBL

To test whether a β-lactam resistant organism produces ESBL or not, Disk approximation or double disk method was used as described earlier by Jarlier et. al [25] by using multiple target disks and a clavulanic acid disk. Disk content and disk placement followed a validated method [26]. The multiple disks used in this process were disks containing the standard 30 μg of ceftazidime, aztreonam and ceftriaxone and the amoxicillin-clavulanic acid (AmC) disk containing standard 10 μg of the later compound. Muller Hinton agar plates containing the ceftriaxone resistant strains were prepared by the recommended method for a standard disk diffusion susceptibility test. Disks containing the standard 30 μg of ceftazidime, aztreonam and ceftriaxone were placed 15 mm (edge to edge) from an AmC disk. Disk placement was expedited by melting holes in the lid of a petri dish and using the lid as a template to mark the bottom of the agar plate for proper disk location. After 16 to 18 h of incubation, the plates were examined and enhancement of the zone of inhibition between a beta-lactam disk and that containing beta-lactamase inhibitor was decided to be indicative of the presence of ESBL.

The antibiotic sensitivity was typed according to their resistance pattern, namely Pattern 1 To Pattern 6 (Table 2)

All the strains were tested to determine the minimum inhibitory concentration of fluoroquinolone antibiotics - ciprofloxacilin (cip) and nalidixic acid (nal) by agar dilution method. The MIC values were determined on the basis of the recommended break points for Enterobacteriacae [27] and were defined as the lowest concentration of antibiotic that completely inhibit the visible growth of test organism at 37°C after 18 hours of incubation. With respect to MIC values, 50% (n=18) of the strains were resistant to ciprofloxacin (MIC value ranged from 16 to >128mg/ ml) and over 72% (n=26) were resistant to nalidixic acid (MIC value ranged from 512 to >1024mg/ml) (Table 3).

Test for production of ESBL

Among 36 strains of Escherichia coli, 14 isolates were initially found to be resistant against third generation cephalosporin, i. e. ceftriaxone. Those 14 strains were subjected to the test for production of ESBL and 50% (n = 7) showed positive results. The presence of enhanced zone of inhibition between disks containing AmC (Amoxyclavulanic acid) and β-lactams was taken as the indicator of producing ESBL.

MDR (multi-drug resistant) pathogens pose a clear threat to public health. In the present study, 36 Escherichia coli samples were collected from young females. We found 72% of the strains to be resistant against two or more drugs. Resistance to most commonly used antibiotic ampicillin was 92% (n=33). In addition, 50% (n= 18) of the strains were resistant to ciprofloxacin and 72% (n=26) strains were resistant to nalidixic acid. Cephalosporin resistance was also found to be high. We used ceftriaxone, a third generation cephalosporin and alarmingly the resistance percentage was 39 (n=14). Extended spectrum β-lactamases are enzymes that confer resistance to third generation cephalosporins and monolactams. A large number of plasmid-transferable ESBLs capable of inactivating extended-spectrum cephalosporins have been discovered [15]. Production of ESBLs is one important factor to study. As these enzymes are harbored by plasmids, the microorganisms producing ESBLs not only confer resistance to cephalosporins but also can transmit the resistance to other organisms. Again, another disastrous thing about ESBL producing microorganism is that there is possibility of developing resistance to other antimicrobial agents [25]. In the present study we used traditional double disk approximation method [28] to detect the presence of ESBL and discovered threatening results. Out of 14 ceftriaxone resistant isolates, 50% (n=7) were confirmed as ESBL producers. This finding clearly demonstrates the importance of using more modern broad spectrum antibiotics to treat this kind of infection. These enzymes are capable of hydrolyzing broad-spectrum cephalosporins and monobactams but inactive against cephamycins and imipenem. So these new broader classes of antibiotics in the treatment of UTIs should be introduced.

UTIs are not very uncommon in Bangladesh and with this high level of antibiotics it is likely that the disease could become more prevalent. Pathogens producing Extended Spectrum β-lactamase limits the treatment option even further. More surveillance work defining the types of ESBL should be conducted to develop empirical treatment pattern for Eshcherichia coli mediated UTIs.

There are no conflicts of interest among the authors in relation to the manuscript.

This work was neither funded nor supported by any grant. It was self-funded by the authors.