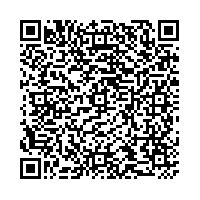 Diabetes mellitus is a disease that has been characterized by a series of complications affecting several tissues in the body. Free radicals have been implicated in the pathophysiology of diabetes [1, 2] and oxidative stress may be a common pathway linking diverse mechanisms for the complications in diabetes [3]. High blood glucose concentrations leading to hyperglycemia cause free radicals to be produced via glucose autoxidation [4], non-enzymatic protein glycation [5], increased influx toward polyol pathway [6], activation of protein kinase C and increased flux through hexosamine pathway [7]. There is evidence that diabetes alters free radical metabolism in blood and tissues [8-10]. Cellular damage by cytotoxic oxygen free radical species leads to complications in diabetes and must, therefore, be rapidly and efficiently scavenged if cellular damage is to be prevented [11, 12]. Degenerative changes in tissues leading to cardiomyopathy, nephropathy and neuropathy are common complications of diabetes mellitus [11]. In addition, significant changes in lipid metabolism and structure also occur in diabetes particularly in patients with vascular complications and atherosclerosis [13-15]. Abnormally high levels of free radicals and decline of antioxidant defense mechanisms lead to damage of cellular organelles and enzymes, increased lipid peroxidation, and development of insulin resistance [16].

In recent years, interest in finding naturally occurring antioxidants that can protect against oxidative stress has increased considerably [19], with a view to their use in foods or as medicinal formulations to replace synthetic antioxidants which are being restricted due to their side effects such as carcinogenicity [20]. Natural antioxidants have been reported to have a wide range of biochemical activities, including inhibition of ROS generation, direct or indirect scavenging of free radicals, and alteration of intracellular redox potential [21, 22]. The use of plants as source of drugs and their validation is gaining increasing attention [23, 24].

Potentilla fulgens L. of the Rosaceae family, commonly found at higher altitudes (1500-2000 m MSL) of Khasi Hills, Meghalaya, India has been used as folk remedy. Traditionally, pieces of roots are chewed along with betel, composed of raw areca nut (Areca catechu), locally called Kwai, and betel leaf (Piper betel). It has been shown that roots of Potentilla fulgens possess hypoglycemic and anti-hyperglycemic properties in mice [25], and also affect the polyol pathway [26]. We have also reported the antioxidant activity of P. fulgens using in-vitro systems [27]. Recently, Jaitak et al [28] reported the presence of antioxidant compounds epicatechin and a new biflavanoid (Potifulgene) in P. fulgens. Studies on other species of potentilla have also been reported and reviewed [29]. This study was undertaken to further investigate the effect of methanol extract of P. fulgens on the lipid peroxidation and activities of the antioxidant enzymes, catalase, superoxide dismutase and glutathione peroxidase in alloxan induced diabetic mice and to compare its effects with that of a standard antioxidant, vitamin C.

P. fulgens was collected from Shillong peak area of Meghalaya and the plant specimen (voucher no. 464) was submitted and identified by herbarium curator Dr. P.B. Gurung, Department of Botany, NEHU, Shillong.

The roots of P. fulgens were washed, shredded and dried in the shade and then powdered using a grinder. The dried powder was repeatedly extracted with 10 volumes of aqueous-methanol solution (1:4) [30]. The mixture was filtered and the filtrate was dried under vacuum in a rotary evaporator (Yamato RE800) yielding the crude methanol extract. The yield of the methanol extract (w/w from dried starting material) was 7.76 %.

Healthy, Swiss albino mice of approximately 6 months were used for the study. Mice were housed in a room kept under controlled conditions with temperature maintained at 22°C on a 12-h light: 12-h dark cycle and were fed with balanced mice feed obtained from Amrut Laboratory, Pune, India. Institutional ethical guidelines were followed for all experiments.

In this study, mice were divided into 4 groups (comprising 6 animals in each group). Two groups of alloxan-induced diabetic mice were administered the extract (250 mg/kg b.w.) and vitamin C (250mg/kg b.w.) respectively, on alternate days via i.p. route for a period of 14 days.

At the end of 14 days, experimental animals were sacrificed by cervical dislocation and dissected carefully to remove the liver, kidney, brain and heart of individual group for subsequent biochemical analysis.

Lipid peroxidation was estimated by measurement of thiobarbituric acidreactive substances (TBARS) according to the method of Okhawa et al [31]. The pink chromogen produced by the reaction of thiobarbituric acid with malondialdehyde (MDA), a secondary product of lipid peroxidation was measured at λ 532 nm. The tissues were weighed and homogenized (10% w/v) in ice-cold 1.15% KCl and centrifuged at 1000 x g for 10 mins at 4ºC. The pellet was discarded and supernatant was used to determine the TBARS levels. TMOP was used as the standard, and the level of lipid peroxides was expressed as μmoles of MDA.

Tissues were weighed and homogenized (10% w/v) in 10 mM potassium phosphate buffer, pH 7.0, and centrifuged at 18000 x g for 15 min at 4ºC. The pellet was discarded and the supernatant was used as enzyme preparations. Protein concentrations of the tissue homogenates were determined according to the method of Bradford using bovine serum albumin (BSA) as the standard [32].

Catalase (CAT) activity was measured according to the method of Aebi [33] by determining the rate of degradation of hydrogen peroxide at λ 240 nm. The extinction co-efficient of 71 mM-1cm-1 was used for calculation. One unit is defined as 1 mmol of H2O2 consumed/minute and the specific activity is reported as units/ mg protein

Glutathione peroxidase (GPx) was assayed by measuring the amount of reduced glutathione (GSH) at λ 412 nm according to the method of Rotruck et al [35]. The activity of GPx is expressed as μmoles of GSH utilized/min/mg protein.

Student’s ‘t’-test was used for determining the levels of significance between the normal, diabetic control and the diabetic treated groups. Results are expressed as mean ± standard error of mean (S.E.M.) In the present study, the antioxidant attributes of the methanolic root extract of P. fulgens were evaluated in alloxan-induced diabetic male mice. Alloxan increases oxygen free radicals production which is primarily due to hyperglycaemia [1], the effect being brought about by the destruction of pancreatic-β cells producing insulin [36].

Induction of diabetes in mice with alloxan results in an increase in thiobarbituric acid reactive substances (TBARS), an index of lipid peroxidation [16] which has been implicated in a number of adverse effects such as increased membrane rigidity, osmotic fragility, decreased cellular deformability, reduced erythrocyte survival, lipid fluidity and neurodegenerative disorders [37, 38]. MDA is one of the better known aldehydic products of lipid peroxidation, which has been the most used as a marker of oxidative stress. MDA comes from the oxidation of polyunsaturated fatty acids (PUFAs) bearing more than two double bonds such as linolenic acid, arachidonic acid, which are vulnerable to attack by free radical species [39, 40]. The observed significant elevation in TBARS level in liver, kidney, brain and heart tissues of alloxan-induced diabetic mice suggests an intensified free radical generation in diabetic mice compared to the normal mice. Treatment with P. fulgens extract at 250 mg/kg b.w. reversed TBARS buildup below the normal level observed in normal group, conferring the antioxidative and free radical quenching nature of the extract which is comparable to an equivalent dose of vit C. The effects were tissue specific.

Alterations in the tissue antioxidant enzyme activities during diabetes observed in the current study are consistent with other reports [41, 42] wherein an increase in lipid peroxides and decrease in antioxidant enzymes accompany diabetes mellitus. Kennedy and Baynes [43] suggested that decreased antioxidant enzymes activities in diabetes mellitus is due to nonenzymatic glycosylation of the enzymes. The lower activities of CAT, SOD and GPx observed in liver, kidney and brain during diabetes may be due to the inactivation or inhibition of the enzymes by the increased production of alloxan-generated reactive oxygen species (ROS) [44], while the insignificant changes in the antioxidant enzyme activities in heart could imply that some tissues are more resistant to oxidative damage than others [45]. In the P. fulgens-treated group, enzymes activities increased selectively in a tissue specific manner from that of the diabetic control. The methanol extract of P. fulgens afforded protection as evidenced by decreased TBARS and the near normal activities of these enzymatic antioxidants observed, which may be due to decreased oxidative stress. Veglioglu et al [46] established that antioxidant activity of many compounds of botanical origin is proportional to the total phenolic content (TPC), thereby suggesting a causative relationship between TPC and antioxidant activity. Incidentally, we can say that the high TPC of methanol extract of P. fulgens [27] together with the synergistic action of other bioactive principles in the extract may have contributed to its protective effects against oxidative stress-mediated diabetic complications.

The present study demonstrated that the methanol extract of Potentilla fulgens exerted significant antioxidant potential in diabetes-induced oxidative stress and therefore merits further investigation in terms of its active constituents and mechanism of action.