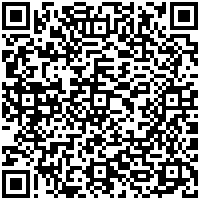 The Seventh Asia-Pacific Conference of the International Society for Pharmacoeconomics and Outcomes Research was held in Singapore this year from September 3, 2016, to September 06, 2016. “Pharmacoeconomics and Outcomes Research in Asia-Pacific: Challenges, Opportunities, and Future Direction” was the theme of this conference. This occasion presented a perfect opportunity to discuss some of the challenges that are unique to Asian countries in terms of their health-care and decision-making processes. This is especially true for a country like India, the world’s third-largest economy, whose new National Health Policy (NHP) is likely to decide the trajectory of its health-care system over the next few years.

In developed countries, the political debate over economic issues is often seen as a clash between free market principles and government control. Developing regulatory policies in such an environment is an ongoing battle between the public and private sector. Such battles are often seen spilling over in health-care policy-making. In India, the fundamental health-care issues are at the bottom of the list of any political discourse; occasionally they surface to the forefront led by interest groups that have bigger political clout and their own special interest. Issues such as conditions of hospitals, doctors’ compensations, corruption within professional and accreditation bodies draw more public interest and attention than vital questions such as “why do some parts of the country still suffer from diseases like malaria or tuberculosis?” or “why is there a constant shortage of essential drugs in government hospitals?” or “why do drugs and treatment costs vary significantly within the same geographical region?” These kinds of vital questions rarely lead to any public or political discourse.

The new government under Prime Minister Modi plans to offer universal health care under its recently released NHP draft. [1] One can sense the intentions of this government from this draft policy as it states, “It is a declaration of the determination of the government to leverage economic growth to achieve health outcomes and an explicit acknowledgement that better health contributes immensely to improved productivity as well as to equity.” While discussing the current situation of health care in India, this NHP draft further acknowledges several challenges that it needs to confront, including inequities in health outcomes, quality of care, growing disease burdens, increasing health-care costs, inadequate investment and financing of health care, shortage of health-care professionals, paucity of health services research, and poor regulatory framework. [1] Among all other objectives listed in this draft policy that the government wants to focus on, one of the important objectives – organizing and financing health-care services – deserves special attention from economists, health outcomes researchers, and health-care professionals, including pharmacists and policy makers. One cannot downplay the fact that all health services available under national programs in India are free to all its citizens and are universally accessible and moving forward, these services will most likely be expanded as stated in this policy draft, which will add a tax burden to society. Presently in India, the private sector provides 70%–80% of health-care services, and it does not share any cost burden of providing free care and hardly has any regulations. [2] Implementing this policy as suggested, will require further infusion of approximately $50 billion (Rs. 312,500 crore) to reach the level of health expenditures of 2.5% of gross domestic product (GDP) to fund government’s proposed expansion.

According to the government’s own estimates and as stated in its policy draft, over 63 million people are pushed to fall below poverty due to health-care costs alone every year. Population coverage was expected to grow to about 370 million under the publicly financed health insurance schemes, of which nearly two-thirds (180 million) of beneficiaries were below the poverty line category in 2014. Based on 2015 estimates, approximately 288 million (28.8 crore) people, less than one-fifth of India’s population, were covered by health insurance. Among those who had some form of insurance coverage, 67% were covered by public insurance under Central Government Health Scheme, Employees’ State Insurance Scheme, and Rashtriya Swasthya Bima Yojana. [3]

In 2014, India spent 1.04% of its GDP, about 4% of its total government expenditure, on health care, which, for a country being touted as the world’s third largest economy, is incomparable to the global standards. This spending, as a percentage of GDP, on health care is one of the lowest among countries of the Southeast Asian region. India’s spending is only a little higher than that of the Myanmar and is the lowest among BRICS (Brazil, Russia, China, and South Africa) countries. [4] Evidence further suggests that countries need to spend at least 5%–6% of their GDP to meet the basic health care needs of its population. [5] The Indian government in this policy draft has indicated its commitment to raise its share of health-care expenditure to 2.5% of the GDP in next 5–7 years. However, the reality is, one of its major commitments of opening 3000 Jan Aushadhi Stores, aiming to provide generic medicines to people at an affordable cost, only managed to open 310 stores to this day. [6] The pricing of drugs in India is controlled through the National Pharmaceutical Pricing Authority. According to this draft policy, the government would like to include diagnostics and equipment under some form of price control. This draft policy has also suggested creating a regulatory framework modeled on the work of the National Institute for Clinical Excellence (NICE) of the United Kingdom. The NICE produces evidence-based guidance and advice for health, public health, and social care practitioners, develops quality standards and performance metrics for those providing and commissioning health, public health, and social care services, and provides a range of informational services for commissioners, practitioners, and managers across the spectrum of health and social care. One of the most important roles of NICE is to conduct technology appraisals for assessing the clinical and cost-effectiveness of the new pharmaceutical and biopharmaceutical products, including procedures, devices, and diagnostic agents, and to ensure that patients using National Health Service (NHS) in the United Kingdom have equitable access to the most clinically and cost-effective treatments. Recommendations of NICE’s technology appraisals are based on clinical (how well the treatment work) and economic (does it represent the value for money) evidence. To consider technology to be cost effective, NICE has been using an implicit cost-effectiveness threshold ranging between €20,000 and €30,000 per quality-adjusted life year (QALY) gained for many years. [7] This threshold has always been challenged and even subjected to judicial review, instigated by drug companies such as Pfizer and Eisai, and inquiry by the House of Commons Health Select Committee. [8] However, it still remains the threshold for measuring cost-effectiveness and the basis of resource allocation by the NHS in the United Kingdom. The other cost-effectiveness thresholds that are currently in use include $50,000 per QALY in the United States, $52,400 per QALY in the Australian benefits scheme, and a range of $20,000–$100,000 per QALY reported in Canada. [9-11]

Several approaches have been used for deriving the cost-effectiveness threshold by regulatory agencies and policy makers, four of which are discussed here. An approach of using benchmark interventions to derive a cost-effectiveness threshold is used in the United States, where a threshold of $50,000 per QALY gained is based on an estimate of the cost-effectiveness of dialysis for chronic renal disease. Use of a single benchmark ignores the fact that there might be other options with better-cost-effectiveness ratios compared to the benchmark option. Benchmark intervention may not be a true measure of society’s willingness to pay (WTP) for health benefits in the current context, or it may not account for the changes in opportunity costs resulting from the introduction of new technologies.

In a majority of low- and middle-income countries, the approach of determining the cost-effectiveness threshold is based on the per capita GDP. Based on the criteria suggested by the Commission on Macroeconomics and Health and used by World Health Organization – Choosing Interventions that are Cost Effective (WHO-CHOICE), interventions costing less than three times the national annual GDP per capita for each disability-adjusted life year (DALY) averted represents a good value for money (cost effective), whereas one that costs less than the once national annual GDP per capita is considered highly cost effective. [12] In the context of India’s per capita GDP, this cost-effectiveness threshold could range somewhere between $1582 (Rs. 90,688) to US $4746 (Rs. 272,064) per DALY based on 2014 GDP per capita estimates, which is two and half times higher than the annual median income ($616) that an Indian earned in 2013. [13]

Policy makers should be cognizant of the fact that, the WHO-CHOICE threshold cannot be directly compared to the one used by NICE or the $50,000/QALY used in the United States because of the different denominator used in its computation. Using multiples of GDP per capita as a cost-effectiveness threshold includes problems of ignoring equity (inequities in health and income), affordability (budgetary costs exceeding the real affordability), and overlooking the multidimensional nature of welfare (two interventions with similar cost-effectiveness; however one benefits a larger population than the other). Interventions can only be considered cost-effective if they generate more health benefits than they forgo or become unavailable for other priorities (opportunity cost). One should not assume that the country is willing to devote its entire GDP to health care alone.

In allocating health-care resources, when constrained with the fixed budget, the league table approach ranks alternative health-care interventions based on their incremental cost-effectiveness ratios (ICERs), placing the option with the lowest incremental cost ratio at the top and successively moving down the list of interventions that have high ICER, until the budget is exhausted. The ICER of the last intervention accepted represents the cost-effectiveness threshold. Constructing a league table requires comprehensive information on the costs and effectiveness of the complete menu of programs, which is often not available; this could certainly be the case in India. League tables also suffer from problems of using ICERs computed from studies using different assumptions, methodology, choices of comparator, discount rate, or time horizon. Moreover, they tend to present only point estimates without any sensitivity analysis, thus conveying a false sense of precision.

A cost-effective threshold based on the WTP is rooted in individual/ societal preferences, which is consistent with the utility theory and welfare economics. It reflects the amount of money an individual or the society is willing to pay for the incremental improvement in health. WTP can be elicited through stated or revealed preferences of an individual/society. Individuals’ valuations of health states are affected substantially by various factors including their emotional state, quality of their current health status, coping mechanisms, as well as social, cultural, and economic factors. WTP is often found inconsistent, dependent on the duration, nature, and burden of a disease and the type of health gain realized. WTP tends to be higher if the patient suffers from a disease for which few treatment options are available and further implies that interventions with ICERs below the WTP per QALY are cost effective and should be funded, thus demanding a flexible budget.

The NHP draft is suggesting to model its framework based on the NICE’s appraisal approach for determining the cost-effectiveness of technology in question. It is imperative for policy makers in India to evaluate the strengths and weaknesses of different approaches and methods that are used for estimation of a cost-effectiveness threshold. They will need to consider the nature of budget (fixed vs. flexible) that the government will have at its disposal. Furthermore, they need to make sure that the cost-effectiveness threshold reflects the realities of resource constraints. Other factors including equity, externalities, burden of the disease, number of beneficiaries, opportunity cost, and political environment that are not captured by a cost-effectiveness threshold will also require equal attention from the policy makers. It is interesting to see how policy makers in India involved in developing a regulatory framework will deal with these challenges.