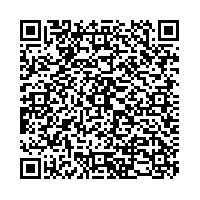 Correlation Between Number of Ovarian Cysts in Polycystic Ovary Syndrome and Anthropometric and Biochemical Factors..

Polycystic ovary syndrome (PCOS) is as endocrine disorders affecting 10 to 15% of women of reproductive age group.[1] Clinical manifestations of patients diagnosed with PCOS include menstrual irregularities, oligomenorrhea or anovulation, acne, hirsutism, hyperandrogenism and polycystic ovaries.[2] It is also recorded to accompany with infertility, obesity, hypertension, insulin resistance and dylipidaemia. [3] Recently it is concluded that insulin as the key factor involved in metabolic and endocrine abnormalities leading to glucose intolerance and insulin resistance responsible for multifactorial, heterogeneous and complex complications.[4,5]

PCOS is also linked to family history of diabetes mellitus-II and PCOS[6] and also said that it is majorly associated with increased basal glucagon and insulin due to parasympathetic stimulation of pancreatic islet cells[5] long before the appearance of clinical manifestations. Development of insulin resistance in PCOS is proven to involve decreased glucose transport of adipocytes, decreased insulin receptor stimulation and hepatic clearance of insulin, increased pancreatic sensitivity, steroidogenesis,[7-9] and reduced muscular glucose transport.[10,11] On the other hand hyperinsulinemia is believed to stimulate secretion of androgen in ovarian and adrenal glands leading to an increase in androgen levels followed by increased GnRH pulse frequency. [8] Persistent pulsating GnRH increase LH secretion consequently stimulating ovarian theca cells and relative decrease in FSH secretion leading to decreased aromatization of androgens to estrogen further producing more androgens.[12,13] A study on prevalence of diagnosed PCOS cases among women in Oman is similar to that of other countries however relationship between PCOS and other metabolic factors is not yet studied. We hypothesize that identifying the correlation between number of ovarian cysts and metabolic and biochemical factors such as insulin resistance, insulin sensitivity and fasting serum glucose to insulin ratio[14,15] will assist in understanding the development of PCOS in women. Therefore, present cross-sectional study was conceived among infertile women with PCOS to know if there is any correlation between number of ovarian cysts and metabolic and biochemical factors.

Present study was a cross sectional hospital based study carried out by involving sixty one infertile Omani women diagnosed with PCOS. PCOS is defined in accordance to Rotterdam criteria.[16] We excluded women with hypothyroidism, hyperthyroidism, liver failure, hyperprolactinemia, adrenal hyperplasia, diabetes, women receiving care with oral contraceptives, hypoglycaemics and anti-dyslipidaemics from the study. Clinical work was carried out at Al Bushra Medical Specialty Complex, Muscat. The clinic has provided access to laboratory data, case files by maintaining full confidentiality of all information accessed and also provided MOH licensed and trained laboratory technicians and nursing staff required for this study.

Anthropometric profile of participants including weight, height, waist circumference and hip circumference were recorded according to the study published very recently.[17] Based on these recordings waist to hip ratio, body mass index (BMI) and ideal body weight (IBW) were calculated to correlate them to number of ovarian cysts.

Body fat and skeletal muscle composition and weight were measured by following the instructions supplied by Omron Body Composition analyser. Skeletal muscle ratio was calculated by the formula (100 x skeletal muscle mass/body weight). Body fat percentage was computed by using the formula (100 x body fat mass/body weight).[20,21] On the day of testing the patients were asked to have minimum eating and drinking and also limited physical activity within six hour before the test.

Study was approved by Institutional Ethics Committee as well as the clinic. Only those patients were involved who signed a letter of consent to participate after specifying objectives, assurance of privacy, anonymity and confidentiality. Scholars gave assurance that nonparticipation would not affect their care with a liberty to withdraw from the study at any point of time. All unused specimens were sensibly disposed according to the biosafety and medical guidelines followed at clinic.

The information collected from laboratory and data sheet were entered directly into SPSS version 19 (SPSS Inc. Chicago, IL, USA) and analysed by using descriptive statistics such as mean and standard deviation for continuous numerical data. Pearson’s correlation analysis and linear regression were used to correlate number of ovarian follicles and influencing factors. P values less than 0.05 were considered as statistically significant.

As shown in the Table 1 the waist circumference of selected population was 97.44 ± 15.11 cm; waist/hip ratio 0.9 ± 0.14; body mass index was 28.2 ± 6.08 kg/m2 and Ideal Body Weight 55.15 ± 4.52 kg. The Pearson correlation analysis of results shown that there is a significant (P<0.05) negative correlation existed between number of ovarian cysts and ideal body weight. However, other factors such as waist circumference, waist/hip ratio, and body mass index are insignificantly but positively correlated.

Table 1: Correlation Analysis of Number of Follicles and Anthropometric and Biochemical Factors

Correlation with insulin sensitivity and resistance

Present study was envisaged with an objective to know correlation between number of ovarian cysts and insulin resistance, sensitivity and body fat composition in infertile women with PCOS. The objectives were achieved by most widely used research tools such as HOMA-IR, QUICKI, FIR, skeletal muscle ratio, and body fat and skeletal muscle composition.[14]

The waist circumference in Omani women in our study was 97.44 ± 15.11 cm was almost similar to 95 cm reported by Brazilian study[22] and differing from results of Korean women.[23] The body mass index of women involved in this study was 28.2 ± 6.08 kg/m2 indicates that they are overweight with higher inclination to obese category. These results are similar to the study carried out among an ovulatory PCOS patient where 20% of the patients were categorised to be obese.[24] Similarly the waist/hip ratio was 0.9 ± 0.14 more than in the Iranian women ratio of 0.80 ± 0.06.[25] The ideal body weight calculated for the study population was 55.15 ± 4.52 kg and has significantly (P<0.05) negative correlation with the number of ovarian cysts. Other factors such as waist circumference, waist/hip ratio, and body mass index are positively correlated but insignificantly.

Insulin resistance and obesity are implicated in the ovulatory dysfunction of PCOS by disrupting the hypothalamic-pituitary-ovarian axis. QUICKI, 1/insulin and glucose/insulin ratio are considered to be a reliable indicators of insulin sensitivity in most of the scientific studies whose readings decrease with an increase in resistance to insulin. Whereas, HOMA is commonly known as an indicator of resistance to insulin and its value increases with an increase in resistance to insulin.[19] Results obtained in this study clearly show hyperglycaemia followed by hyperinsulinemia. The fasting plasma glucose level higher (101.18 mg/dL vs. 80 mg/dL for normal), fasting plasma insulin (41.52 ± 29.45 μ IU/mL vs. 5 μ IU/mL considered to be normal) showing greater insulin resistance,[26] percentage fasting insulin resistance (140.89 ± 110.4), HOMA index (8.69 ± 6.81 vs. 1 normal) representing significantly higher insulin resistance,[27] QUICKI (0.47 ± 0.02 vs. 0.384 normal) indicating metabolic syndrome[28] and glucose to insulin ratio (4.28 ± 5.68 vs 16 normal) indicating hyperandrogenism and hyperinsulinemia.[29] These results are in line with the study carried out in India among PCOS women from Delhi and Srinagar.[30] Mean values of FPG, FPG/insulin ratio, QUICKI indexes and HOMA were significantly differing from other studies involving only PCOS cases whereas it is almost similar to the study conducted among an ovulatory PCOS patient.[31]

Insulin resistance in PCOS is associated with skeletal muscle activity as it is the major site of insulin mediated glucose disposal and ability to synthesize, convert and degrade androgens. Preserving insulin sensitivity depends on transport of glucose in myotubes.[32] The whole skeletal muscle was lower than the normal,[21] with a wide variation in skeletal muscle mass in legs. It has been demonstrated that the degree of insulin resistance in young women with PCOS was similar to that seen in middle-aged patients with type 2 diabetes.[9] The significant negative correlation of whole skeletal muscles and number of ovarian cysts substantiate the fact that insulin resistance in PCOS is related to impairment in glucose transporter activity and translocation leading to reduced muscular mass.[33]

The percentage of total body fat and visceral fat in this study population is categorised to be very high and higher than normal respectively.[21] Correlation analysis of data showed a significant positive correlation between number of cysts and total fat, subcutaneous whole fat, and fat in trunk. However, very significant (P<0.01) negative correlation is between number of ovarian cysts and skeletal muscle fat ratio. Simple linear regression analysis predicted a very significant (p<0.01) correlation with skeletal muscle ratio and highly significant (p<0.001) correlation with body fat percentage. These results once again proves that there is an endocrinal and metabolic abnormalities in PCOS leading to higher level of adipose tissue formation influencing fat distribution in the body.[34] Increased adipose tissues have a tendency to increase visceral fat causing its greater accumulation in waist as seen in this study by inhibiting adipocyte differentiation, lipolysis, lipogenesis, and lipase in subcutaneous fat and beta adrenergic receptors.[35,36]

Major limitations of our study includes a relatively small number of patients considered in this cross-sectional study and majority of them were from single city and for a limited time period therefore may not be representing the general population of Oman. Therefore, the study might not be determining cause and effect relationship but it explains association of factors. We have also did not consider the menstrual changes, dietary, lifestyle, environmental, genetic and behavioural factors might have played their role in development of PCOS and other infertility in this study.

Major strength of this study include that this is the first study in its kind among Omani population to assess the correlation between number of ovarian cysts and metabolic, anthropometric and body composition. The insight gained from this study can form the basis for further studies, which can lead to the development of treatment that more directly targets insulin resistance, and hence reduce the risk of PCOS.

Taken together, the results of this cross sectional study and evidences considered we conclude that infertile women with PCOS have higher level of insulin resistance and metabolic syndrome profile, much lower level of insulin sensitivity, decreased skeletal muscle mass, very high level of total body fat and higher visceral fat content than the women with PCOS alone. There is also a significant positive correlation between number of ovarian cysts with total body fat, whole subcutaneous fat, trunk subcutaneous fat, but a significant negative correlation with skeletal muscle to fat ratio, whole skeletal muscles and ideal body weight. However, we recommend further studies by involving more patients, hospitals and regions for an extended period for concrete outcomes and their possible implementation in practice.

This work was supported by The Research Council of Oman (TRC/ FURAP/Call 3/2015-16) under the scheme FURAP- grant.

We declare that there is no conflict of interest that could be perceived as prejudicing the impartiality of the research reported. Part of the results was discussed in Academic for a conducted International conference on Medical, Medicine and Health Science, Singapore-12- 13th December, 2016.