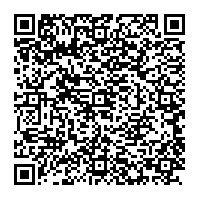 In recent years, it has been well-documented that microorganisms play an important role in the etiology of periodontal diseases, and specific microorganisms are responsible for specific disease processes. [1] Hence, successful periodontal therapy is dependent on antiinfective procedures, aimed at eliminating pathogenic organisms found in dental plaque associated with the tooth surface and within other niches in the oral cavity. Currently, the most common therapy for periodontal inflammatory diseases consists of repeated professional supra and subgingival plaque removal through scaling and root planing (SRP). [2] However, in deep pockets and furcations, SRP was found to be of limited efficacy. Therefore, treatment strategies using antimicrobials in conjunction with SRP have been evolved. [3]

As an antiseptic, chlorhexidine (CHX) has been used effectively for over 30 years in the treatment of periodontal disease. It shows a broad spectrum of topical antimicrobial activity, safety, effectiveness, substantivity, and lack of toxicity. [4] A number of vehicles delivering CHX has been developed. Vehicles that can be used to administer CHX subgingivally are mouth rinses, gels, varnishes, and gelatin chip (periochip).[5]

Aim of this present study was to compare the efficacy of subgingival application of CHX varnish and CHX gel as an adjunct to full mouth SRP in reducing the microbial count of moderate to deep periodontal pockets.

This study was conducted in the Department of Periodontics, A.B. Shetty Memorial Institute of Dental Sciences, Derlakatte, Mangalore. The study consists of 30 subjects, 11 males and 19 females between the age groups 25 and 55 years having moderate to severe periodontitis (according to AAP classification 1999).

Subjects with moderate to severe chronic periodontitis (AAP classification 1999) with at least three nonadjacent interproximal sites having a probing pocket depth ≥ 5 mm, with no contraindication to periodontal therapy were included in the study. Patients were required to not have received any periodontal and antibiotic therapy in the last 6 months and were to be cooperative and committed to maintain oral hygiene. Patients who were smokers, tobacco, and alcohol abusers, with any systemic illness, pregnant and lactating females, using an antimicrobial mouthwash in the past 2 months, and those requiring periodontal surgery were excluded from the study.

It was an examiner blinded (treatment and microbial analysis were done by two examiners blindedly) parallel design clinical trial. The subjects qualified for the study were selected. The nature and design of the clinical trial were explained to the patients, and consent was obtained in writing for their participation. Then subjects were assigned randomly (in order to eliminate personal bias in selection of the sample, simple random sampling, i.e. lottery method was used) into one of the three groups of 10 subjects each. In subjects belonging to Group 1, SRP was followed by full mouth subgingival application of 20% concentrated CHX varnish.

The materials used in the study were the BioC (CHX varnish); it was a local drug delivery system (Biodent BV, Netherlands). BioC is a supersaturated solution of 20% CHX diacetate in alcohol. The solution is stabilized by sandarac a resin. The chlosite gel (CHX gel) is a local drug delivery system (GHIMAS, Italy). It contains CHX in xanthan gel. The gel is a unique combination of two formulations, CHX digluconate 0.5% and CHX dihydrochloride 1%.

After isolating the selected sites, subgingival plaque samples were collected from each patient using a sterile curette from the periodontal pocket and mixed with a prereduced anaerobically sterilized ringers solution. Samples were dispersed by vortexing at maximal setting for 60 s.

Within 1 hour of sampling, a drop of the dispersed plaque sample was mounted on a glass slide and examined under the phase contrast microscope at a magnification of ×400 for the presence and distribution of motile and nonmotile microbial count. For each plaque sample the microbial counts were made for two separate fields and subsequently their mean was calculated at baseline before starting the treatment, 1 week, 1 month, and at the end of 3 months.

Paired t-test was calculated by

d is the mean of difference, SD/√n is the standard error of the difference.

t is the Tukey HSD, X1 the mean of periodontal disease group, X2 the mean of the control group, and MES is the mean error sum of square which we obtain from ANOVA.

Mean percentage of motile microbial count in the three groups at different observation periods were outlined in [Table 2]. On the comparison of motile microbial counts within the groups at different intervals, only subjects in Group 1 (CHX varnish + SRP) showed a significant reduction even at 3 months from baseline. Group 2 (CHX varnish + SRP) and Group 3 (SRP) showed a significant reduction only till 1 month from baseline. The results obtained in the present randomized trial showed that the adjunctive subgingival administration of CHX varnish significantly reduced microbial counts even after 3 months. In the present study to evaluate the duration of any beneficial effects of CHX varnish and gel as an adjunct to SRP, no further subgingival treatment was provided after baseline therapy. The 3 months interval was chosen because in an in vitro study CHX varnish concentration of about 50 μg/ml was maintained constantly over a 3-month period, which is higher than the minimal inhibitory concentration of CHX. [6] Furthermore, 3 months corresponds to the typical recall interval for patients after periodontal treatment. [7]

The method of microbial analysis using Darkfield microscopy employed in this study reveals the shapes of bacteria and their motility, but does not permit any identification of bacterial classification or species. The method is, therefore, limited in its informative potential.

In the present study, only subjects who received subgingival application of CHX varnish after SRP (Group 1) showed statistically significant reduction in mean motile count even at 3 months when compared to baseline. These findings are in accordance with the studies conducted by Cosyn et al., [5] Mızrak et al. [8] and Schaeken et al. [9] In a study by Schaeken et al. 12 subjects treated with a 50% CHX varnish showed a significant suppression of S. mutans in the interdental plaque until the 4th week. [9]

The results of the present study showed that a treatment strategy, supplementing mechanical debridement by subgingival CHX varnish application provides significantly greater reduction in motile and nonmotile microbial count compared to those obtained by subgingival application of CHX gel after SRP and SRP alone. These findings are in accordance with the results obtained in the studies conducted by Cosyn [5] and Shapira et al. [10]

But these findings are in contrast to the study by Vivien B Dudic. [11] In his study, CHX-thymol varnish treatment as an adjunct to mechanical periodontal therapy, had little effect on the periodontal condition and the microbial flora in subjects with an existing good oral hygiene. [11]

Subjects who received subgingival application of CHX gel after SRP when compared to subjects who received only SRP showed a significant reduction in microbial count only till 1 month. After 3 months, there was no significant difference between the two groups. These findings are in accordance with studies conducted by Oosterwaal et al. [12]

Even though it seems logical that CHX varnish is more effective than CHX gel due to its high CHX concentration (20% of for varnish vs. 1.5% for the gel), one should keep in mind that this is a small-scale trial presenting preliminary data. Lack of a long-term antibacterial effect of the gel may be explained by the short exposure time and a single application procedure. If the gel and varnish were left in place for as long as it can adhere, the effect might be different.

While these short-term results suggest that antimicrobial agents for the treatment of chronic periodontitis are efficacious, evidence is needed for long-term benefits to determine the full potential of these treatment modalities. The limitations of the present study were lower sample size, duration of the study, and the method of microbial analysis. This method of microscopic examination does not require fixation or gram staining and are, therefore, quick and simple to perform. But this method provides limited conclusion about pathogenecity of microorganisms. To optimize the above clinical procedures, future research should focus on pharmacokinetics and pharmacodynamics to clarify the mode of action of a supersaturated CHX varnish within subgingival area.

The authors would like to thank Biodent, Netherlands and GHIMAS Italy for supplying the varnish and gel.