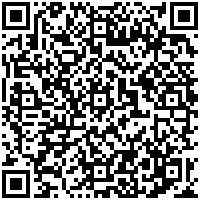 Brief Synoptic Description of Diabetes and its Long-Term Complications

Diabetes mellitus is a metabolic dysregulation disease characterised by incorrect glucose metabolism as well as long-term consequences. Retinopathy, nephropathy, and neuropathy are all problems associated with diabetes. Patients with long-term diabetes, particularly Insulin- Dependent Diabetes Mellitus (IDDM) and Non-Insulin-Dependent Diabetic Mellitus (NIDDM), are at risk for severe complications, which can result in substantial morbidity.

Diabetes Mellitus (DM) is a serious metabolic disease that affects more than 350 million individuals globally. In addition, one billion people worldwide are pre-diabetic, which means they may develop full-blown diabetes in the future. The global cost of diagnosing, treating, and caring for Type 1 Diabetes (T1DM) and Type 2 Diabetes (T2DM) patients is estimated to be over $1200 billion USD. T2DM, which is linked to current lifestyle behaviours such as reduced physical activity, food, obesity, and genetic factors, is fast expanding out of proportion in both developed and developing countries. If untreated, diabetes can lead to a variety of disorders and long-term problems, including death.

Diabetic retinopathy, nephropathy, and neuropathy are uncommon in animals, although they can cause serious illness. These late consequences of diabetes are reviewed in terms of clinical and histopathologic findings. The pathophysiology of these diseases is most likely complex; metabolic changes caused by hyperglycemia and microvascular changes caused by diabetes have both been linked. The current treatment consists of intensive hyperglycemia control, while research into the pathobiology of late problems continues in the hopes of finding a definitive remedy.

When glycated proteins react with molecular oxygen, Oxygen Free Radicals (OFR) develop. When the quantity of glycated proteins in diabetic patients’ tissues is greatly elevated, we believe this mechanism is activated. Polyunsaturated fatty acids in lipid membranes, proteins, carbohydrates, and DNA are all affected by OFR. The increased synthesis of OFR by glycated proteins may be responsible for the most serious consequences of diabetes, such as polyneuritis, retinopathy, microangiopathy, perforating ulcers, and poor healing. The loss in glutathione storage in red blood cells, as well as increases in lipid peroxidation and malondialdehyde generation, both of which have been confirmed to occur throughout the course of diabetes mellitus, may provide clues to these consequences.

In diabetes mellitus, oxidative stress is enhanced, and it may have a role in the development of common long-term consequences of diabetes, such as neuropathy and microangiopathy. Free radicals can be generated by protein glycation and glucose autooxidation, which can catalyse lipid peroxidation. The decrease of anti-oxidant defence is another potential mechanism of oxidative stress. In regard to oxidative stress, the significance of endothelium-dependent vasodilation and LDL oxidation in the aetiology of macrovascular disease in diabetes is discussed. The many members of the anti-oxidant system are also discussed. Antioxidants may improve glucose metabolism and protein glycation in the short term. However, there is currently no indication for anti- oxidant supplementation in the absence of results from intervention trials of long-term anti-oxidant use, such as on the development of diabetic vascular problems.

Many research publications have documented increased glycosylation of different proteins in diabetes individuals. The amount of non-enzymatic glycosylation in diabetic individuals with or without chronic problems was studied in the current study. In a study of 85 diabetic patients, 20 had no clinical indications of chronic problems, whereas the rest had cataracts, retinopathy, peripheral neuropathy, and cardiovascular issues such as angina pectoris, myocardial infarction, and hypertension.

GDM (Gestational Diabetes Mellitus) is a frequent pregnancy condition associated with an increased risk of maternal and perinatal morbidity. However, the mother and offspring face severe long-term morbidity. Women who have had past GDM have a very significant chance of acquiring overt diabetes later in life, particularly type 2 diabetes. Furthermore, these women have a three-fold greater chance of developing metabolic syndrome. At 19–27 years of age, their offspring have an 8-fold increased risk of diabetes/prediabetes. As a result, GDM is a part of a vicious cycle that increases the risk of diabetes in future generations.