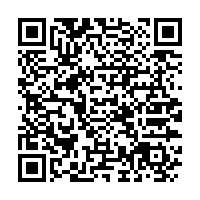 Since the 1970s, psychiatry has experienced a transformation with regards to available treatment options which have led to the creation of practitioners who are well-trained and versed in psychopharmacology. [1] Each new year brings the opportunity for new psychotropic medications to be approved for release and marketing to the general public. The decision to initiate a particular psychotropic medication in any given patient can be influenced by many factors but pharmacology is regarded as a significant influential factor in psychiatric treatment decisions. The study of psychopharmacology may serve to answer questions that mental health providers may have about the use of drug treatments for emotional, cognitive, and behavioral disturbances. [2] Previous and current studies that have focused on the study of psychopharmacology have led to the development of several landmark psychotropic medications which have significantly improved the quality of life of many individuals who suffer from different mental illnesses. The quality of life of individuals diagnosed with depression and bipolar disorder have been extensively studied in the literature with both disorders being associated with pervasive impairments in psychosocial functioning. [3] While research struggles to define quality of life related to mental illness due to its consistently evolving nature, psychopharmacology is being recognized as a rapidly developing subject in relation to quality of life measurement. It is becoming increasingly important due to the ongoing evaluation that is required for new drugs that are released on the market, and the need to achieve a balance between therapeutic effects and adverse side-effects. [4] The advent of available psychotropic medications in the various formulations that can aid with the treatment of affective symptoms, mood or behavioral disturbances have improved the lives of many individuals that are diagnosed with a psychiatric, behavioral or emotion disorder. [5] The observed improvements in mental health conditions can be largely attributed to the study of psychopharmacology. [5] From a scientific perspective, psychopharmacology consists of two separate areas that are also clearly related, and this is the influence of drugs on the psychological functioning and the mechanism by which these drugs produce their effects. [6] It is a multifaceted process that examines the influence that drugs have on emotional states, psychological functioning, and psychomotor performance in psychiatric patients, normal patients, and animals. [6] The intended purpose is to examine the therapeutic use or identify the evidence of the effectiveness of these drugs on the regulation of the psychiatric and emotional disorders. [7] The class of drugs that are the primary focus of psychopharmacology for psychiatric and related disorders consist major tranquilizers, minor tranquilizers or sedatives, antidepressants, stimulants, and psychotomimetics. [7] Even at the current level of drug development, psychiatric disorders cannot be treated fully and will remain chronic and lifelong conditions,. Luckily, the advent of new drug developments can serve to increase the likelihood of improved functioning among those that live with these psychiatric disorders. [8] Without the advent of psychopharmacology many individuals may continue to suffer from the symptoms of their mental disorders, which can significantly impair their overall functioning. [9] Ultimately, this branch of pharmacology can provide these individuals with a degree of societal functioning and prevent institutionalization as a result of achieving positive therapeutic responses with the administration of a specific psychotropic medication. [10]