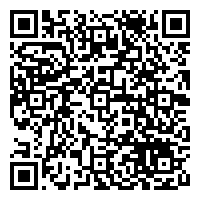 Within the 21st century, bipolar I disorder (BD-I) has become a clinically significant and recognizable mental illness comparable to schizophrenia and depression but more evidenced based research is still needed to fully understand the mechanism of the disorder. [1] While bipolar disorder is becoming an increasing prevalent disorder in the general public, it can often be misdiagnosed with poor symptomatic and psychosocial outcomes even after treatment initiation. [1,2] The problem can lie in the fact that most bipolar patients can remain hidden for years unaware of their diagnosis or may be falsely diagnosed as suffering a similar or comparable mental illness. [2] There may be a significant delay between the first experience of symptoms and the initiation of symptoms which can be as long as 8–9 years. [3,4] The pristine presentation of the symptoms of bipolar disorder can be viewed as the exception rather than the rule due to the fact that the majority of patients can experience psychiatric comorbidity or one-third will experience rapid cycling at some point in their illness, thus providing a complex presentation and treatment. [5,6] Even though complex bipolar disorders are becoming increasingly more widespread, clinicians long relied on the description of symptom presentation as listed in the Diagnostic and Statistical Manual of Mental Disorders, Fourth Edition, Text Revision (DSM-IV-TR). [6,7] The diagnosis of bipolar disorder should consist of a diagnostic differentiation using the combination of psychological, cognitive, and behavioral symptomatology and assessment of the clinical course of the illness. [8] The dramatic growth in the rate of bipolar disorder diagnosis during the last decade both in clinical and research setting has enhanced clinicians’ understanding of ways to provide effective and optimal therapeutic interventions for this lifelong affective disorder. [9]

The core features or symptoms presentation of bipolar disorder are considered to be extreme or severe changes in mood. The hallmark of BD-I is the appearance of a clear manic episode. [5,8] There are four categories of mood changes which consist of (1) manic depressive episode: Depressed mood, marked decrease in pleasure or interest in almost all activities, increased need for sleep, low energy, and psychomotor retardation; (2) manic episode: Abnormally and persistently elevated, expansive, or irritable; (3) mixed episode: Symptoms of manic episode and major depressive episode occur nearly every day for at least 1 week period; and (4) hypomanic episode: Less severe form of mania and elevated, expansive, or irritable mood. [7,9,10] In a broader spectrum, the bipolar disorder spectrum which also encompasses bipolar II disorder, which can be characterized by an unstable mood and behavior and reoccurrence of cycling psychiatric disturbances. [11] Formally, the diagnosis of bipolar disorder is based on the criteria that have been defined in the DSM, and the presence of a clinical picture of the illness to help to rule out the possibility of other presenting diagnoses. [12] The classical presentation of bipolar disorder features can be of a manic, mixed, hypomanic, or depressive episode and subsequent treatment selection can be based on the initial presentation. [13]

Treatment of bipolar disorder: Review of lithium in the literature

The treatment of bipolar disorder is generally divided into acute treatment, continuation treatment, and prophylactic treatment with continuation and prophylactic treatment being placed under the term “long-term treatment”. [14] Lithium has long been viewed as the cornerstone for the treatment of individuals with bipolar disorder. [15] The current literature suggests that the use of lithium is beneficial during the acute and maintenance phase of bipolar disorder as well as preventing relapse and reducing suicide risk. [15] According to two placebo-controlled studies conducted by Bowden and colleagues (1994, 2005), there was the indication that the percentage of acutely manic patients that displayed a response, which is about a 50% reduction of symptoms to lithium was approximately 49 versus 25% for placebo. [16,17] The earlier maintenance placebo-controlled studies of also demonstrated that lithium was effective as prevention against both mania and bipolar depression, but subsequent studies shows that lithium was effective as a prophylaxis of manic episodes but potentially not for depressive episodes. [18] Maintenance treatment generally started during the continuation phase and goes into the prophylactic treatment phase. Individuals who generally respond to a drug during an open label phase of a study for an acute episode are randomized to the double-blind, placebo-controlled treatment phase. [18] This approach is employed to as a result of the observation that response that is demonstrated during acute phase can help to predict long-term efficacy. Conclusively, the literature is supportive of the efficacy of lithium both during the acute phase and as a prophylactic agent and maintenance phase for bipolar disorder, but possibly not against bipolar depression. [18]

Lithium is undoubtedly considered to the initial and mainstay treatment for bipolar disorder whether in the acute phase or maintenance phase of the disorder. The demonstrated efficacy in reducing relapse, decreasing suicide risk, and providing the opportunity for many individuals who are diagnosed with the disorder to maintain some; a certain quality of life has promoted the continued use of the lithium. Even with the expansion of available treatment options, lithium continues to be utilized as either monotherapy or in combination to improve outcomes for bipolar disorder given its generally demonstrated good efficacy in various settings. [15,18,19]