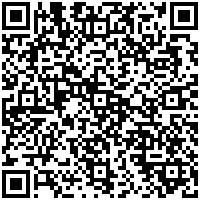 Assessment of Parkinsonian Symptoms and Toxin Exposures in Firefighters

Background: Parkinson’s Disease (PD) has been correlated with several environmental and toxic exposures. The frequency of PD in firefighters is higher than the general population, which may be due to the high amounts of toxin exposures firefighters experience on the job. There is a need to further address the high rates of PD among this subgroup. The purpose of this study is to improve our understanding of the relationship between toxin exposure in firefighters and Parkinsonian symptoms.

Conclusion: The risk of Parkinsonian symptoms was positively correlated with exposure to several toxins associated with the work of firefighters.

In 1986, a fire lasting five days broke out in a junkyard in Spencer, MA, burning approximately seven hundred thousand to one million tires and requiring firefighters from ten different stations to control the blaze. Ultimately, five individuals, including four firefighters, who were involved in the Spencer fire developed Parkinson’s Disease (PD) or Parkinsonism. Firefighters with their numerous toxic exposures are hypothesized to be more likely to develop Parkinson’s disease symptoms [1]. Parkinson’s disease is the second most common neurodegenerative disorder in America affecting 1% of the population age 60 or over [2]. PD is characterized by tremors, rigidity, bradykinesia, and gait disturbances. Non-motor symptoms such as hyposmia, micrographia, and REM behavior disorder may precede PD by several years [3]. These nonmotor symptoms are not specific to PD; they are seen in Parkinsonism, a group of neurological disorders associated with slowness, stiffness, difficulty walking, and occasionally tremors. Although the cause of PD has not been determined, researchers have identified several factors to be associated with the disease, including genetic, environmental, and toxic components. Prior studies have detailed five neurotoxic compounds associated with PD, including lead, styrene or vinyl benzene, benzopyrene, Polybrominated diphenyl ether, and carbon monoxide [4-12].The frequency of PD in firefighters is extremely high (1/30 people) compared to the general population (1/100 people over age 60), which may be due to the high amounts of toxin exposures firefighters experience [2,4].

Firefighters experience heavy lead exposures as they encounter buildings heavily coated with lead-based paints and spotted with lead-comprised dust [5]. Lead exposure has shown to result in a twofold increase in the risk for developing PD as it damages neurological pathways by inhibiting reuptake of calcium and decreasing the quantity of dopamine within vesicles [5,6]. Styrene or vinyl benzene is a crucial toxin encountered during fires which has been shown to alter dopamine receptor functioning and damage central and peripheral nervous systems [7].

Benzo pyrene has been shown to decrease dopamine neurotransmitter regeneration in the nucleus accumbens and hippocampus of rats [8]. A prior study that found benzopyrene on fire jackets, personal protective equipment of firefighters as well as other tools determined that current equipment cleaning standards do not eliminate benzopyrene contamination [9].

Poly Brominated Diphenyl Ether (PBDE) is a neurotoxin used in flame-retardants and found in carpets, cushions, and home-insulating structures frequently handled by firefighters [10]. PBDE uses oxidative damage to inhibit dopamine transporters DAT and VMAT2 [4]. Many studies have established the correlation between Carbon Monoxide (CO) exposure and risk of PD [11,12].

Firefighters are exposed to several environmental toxins that increase their risk of PD and there is a need to draw attention to PD among this subgroup. This study utilized a retrospective analysis based on a survey assessing the incidence of environmental toxin exposure and Parkinsonian symptoms among firefighters.

An anonymous online survey was distributed to firefighters >18 years of age between January 2020 and August 2020 to the Professional Firefighters of Massachusetts. Demographic data collected included sex, age, race, and employment status (working, retired, volunteer, or family member of deceased firefighter). Risk factors for toxin exposure were assessed by frequency and duration of time spent firefighting and use of protective gear. A history of toxin exposure unrelated to firefighting was evaluated including prior work as a welder, consumption of well water, duration of military service, as well as exposure to Agent Orange, pesticides, and jet fuel. The presence and frequency of Parkinsonian symptoms were collected, including tremors, muscle stiffness, REM behavior disorder (i.e., acting out dreams, talking during sleep), hyposmia, micrographia, and decreased walking pace. Analyses comparing toxin exposure and presence of Parkinsonian symptoms were performed using Chi-square testing (p<0.05 was considered significant). This study was approved by the St. Elizabeth institutional review committee (IRB #EX064) and participants were provided written informed consent to participate in the study. Note: * =statistically significant value with p<0.05 considered to be significant.

Figure 4: Number of days per week worked in the past 5 years and reported symptoms of hyposmia, micrographia, and decreased walking pace. Note:

Figure 6: Symptoms reported among those who fought in the Vietnam War. Note:

Figure 7: Symptoms reported among those exposed to pesticides. Note:

Acting out dreams was reported by 66% of survey responders. This frequency was distinctly higher than other studies which have noted REM behavior disorder in only one third of Parkinson’s patients [13]. Decreased walking pace and bradykinesia were reported by 38% of respondents. Hyposmia and tremors were the fourth and fifth most reported Parkinsonian symptoms at 36% and 34% respectively. Lastly, micrographia occurred in 15% of responders.

After conducting a thorough literature search, we identified the five common toxin exposures in fires that have been shown to increase risk for PD. Through comparative analysis, we found that the number of years firefighting, number of days per week firefighting, number of 5-9 alarm fires encountered, fighting in the Vietnam War, and exposure to pesticides all correlated with a significantly higher frequency of three Parkinsonian symptoms: micrographia, hyposmia, and decreased walking pace.

The number of years spent firefighting was broken down into 4 categories: 10 years or more, 20 years or more, 30 years or more, and 40 years or more. It is important to note that there was a small number of survey responders who had or have been firefighting for more than 40 years (n=13). Nonetheless, the frequency of reported hyposmia and decreases in walking pace increased by an average of 5% and 7% per 10 years respectively. Meanwhile, the frequency of reported micrographia remained relatively unchanged. The duration of a firefighter’s career has also been found to positively correlate with levels of epigenetic changes, namely hypomethylation, that could lead to developments of neurodegenerative diseases [14]. Alternatively, for the number of days worked per week, the frequency of reported micrographia and walking pace increased by 6% and 3% per day, respectively.

The comparative data for the number of 5-9 alarm fires proved more difficult to gather due to the rarity of such alarm fires with only 30 being reported in Boston within the past 10 years [15]. The frequency of micrographia increased by 1% per 20 5-9 alarm fires.

It was interesting to note that muscle stiffness was the most commonly reported symptom occurring in 82% of our survey responders. Several studies have discovered elevated baseline muscle pain in firefighters [16]. Dr. Park and his team found that muscle pain was the second most common reported symptom amongst firefighters likely due to heavy personal protective equipment [17]. Thus, the muscle stiffness experienced by responders may be linked to the demands of their job or early symptoms of Parkinsonism.

Another key finding was that participation in the Vietnam War, which involved the toxin Agent Orange, was significantly correlated with decreased walking pace and micrographia. Those exposed to the Vietnam war more frequently reported decreased walking pace (88% vs. 41%), micrographia (38% vs. 6%), and hyposmia (50% vs. 34%). A number of different case studies on Vietnam war veterans have suggested that exposure to Agent Orange, specifically its 2,4-Dichlorophenoxyacetic acid component, can significantly increase the risk of Parkinson’s Disease [18].

Exposure to pesticides was significantly correlated with reported frequencies of decreased walking pace (53% vs. 32%), micrographia (30% vs. 11%), and hyposmia (45% vs. 34%). These trends align with previously conducted research which has found several pesticides and herbicides that are linked to increased susceptibilities to Parkinson’s disease. For example, one study with mice models showed that exposure to the herbicides Maneb and Paraquat can lead to mutations in genes responsible for neurogenesis which can in turn impact the development of PD [19]. Additionally, one notably deleterious pesticide, rotenone, has been shown to induce oxidative damage in dopaminergic regions of several rats [20].

Although this study provides ample data to help us understand the risks associated with firefighting, there were some limitations. The advertisement for this survey stated that the study’s aim was to determine the link between firefighting and Parkinson’s disease. This may have increased the response rate of those concerned about or affected by Parkinson’s disease. Additionally, some of the symptoms we aimed to evaluate, namely decreased walking pace, were difficult to interpret via survey. While this study had a relatively small sample size, the demographics appear to represent the typical firefighters in Massachusetts. The demographics of the sample were 96% being male, 99% Caucasian, and 72% being between the ages of 40 and 70.

Another limitation was the lack of genetic studies conducted on respondents which could have indicated possible genetic predispositions to PD or Parkinsonism. Hyposmia was reported by 36% of study participants. It is probable that the actual frequency of hyposmia is more than what was reported as this sensory symptom can be less noticeable than motor symptoms such as bradykinesia. Hyposmia is a commonly occurring symptom of Parkinson’s disease, reported in 80% of patients [21]. It is difficult, however, to determine whether the reported hyposmia in this study was due to the progression of Parkinson’s disease or chronic exposure to fire and smoke. Research has shown that chronic smoke and toxic substance exposure can lead to irreversible hyposmia [22]. In one study, 47.5% of 102 Chicago city firefighters had significantly low scores for a sense of smell test [23].

The authors declare that they have no competing interests.