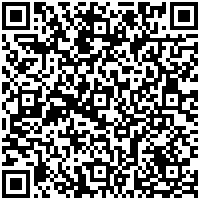 Abstract: Partially purified methanolic extract of Cissus quadrangularis (belonging to Vitaceae member, South Indian medicinal plant) have been explored for antiviral activity and their phytochemical characterisation. In vitro antiviral activity against HSV type1 and 2, and Vero cells at non-cytotoxic concentration were determined. HSV1 and HSV2 showed more sensitivity against the partially purified compound. Phytochemical analysis showed the presence of the Steroids and Terpenoids.

Cissus quadrangularis L is a medicinal plant belonging to family Vitaceae, the ancient system of medicine such as Ayurveda and used to treat various diseases and disorders. Within the past decade therapeutic options for viral infections have improved significantly, however, the emergence of resistant viruses as well. The further disposal of resistant strains is one reason for therapeutic failure [1–3]. Furthermore, many of the licensed drugs are toxic as well as being expensive [4], thus the search for potential sources for the development of new drugs is very important. Based on Ayurvedic and Siddha traditional herbal medicine, several antiviral studies were performed to detect active natural products in higher plants. In these studies different viruses were included, e.g. herpes simplex virus (HSV), feline imunodificidncy virus, coxsackie virus, influenza virus parainfluenza virus, respiratory syncytial virus, etc., [5–12]. Cissus used to treat various diseases and disorders, [13], antimicrobial, anti-osteoporotic, and antiviral activity [14–16]. Very meager research has been done in this plant against antimicrobial activity especially antiviral. Hence, the current study deals with the antiviral activity of partially purified compound of methanolic extract of Cissus quadrangularis has been observed in two in vitro virus HSV types 1 and 2 and also the phytochemical characterization was carried out.

Cissus quadrangularis stem were colleted from semi dry area where the plants were grown as a weed in various places in Tamil Nadu, India, which were pooled and processed for further study.

The shadow air dried and powdered plant materials (20g) were extracted with methanol (MeOH) (400mL) in a Soxhlet extractor for 24 hrs filtered and evaporated to dryness under reduced pressure at 40°C. The residues obtained were re-dissolved in 100% DMSO and stored at–20°C until further use.

The MeOH extracts separated using TLC with the solvent hexane and ethyl acetate, in the ratio of 1:9. The separated compounds were visualized. One of the compounds were scraped and removed for cytotoxicity and antiviral activity.

Sample was prepared by diluting 10 mg of partially purified fraction with 1 ml of the solvent, about 2 μl of the sample was loaded on a TLC plate using “CAMAG Linomat 4” applicator then the plate was kept in “CAMAG Twin Trough Chamber” of separation of compounds, with mobile phase Ethyl acetate, Hexane and Acetic acid in the ratio of 7:3:0.5. After the separation was over, the TLC plates were scanned using CAMAG TLC Scanner II at 254 nm wave length.

Partially purified compound was dissolved in acetonotrile. The sample was further separated through HPLC, C–18 (Phenomenox) analytical column using the mobile phase Acetonitrile:water in the ratio of 60:40 with the flow rate of 0.5 mL/min and detected in the UV detector at 280 nm.

Vero cells (King Institute of Preventive Medicine, Tamil Nadu, India) were passaged in DMEM supplemented with 5% FBS. Herpes simplex virus type 1 and 2 were individually mixed with Vero cells and incubated at 36°C until the cytopathic effect develops. The cytopathic effected (virus in Vero cells) virus were estimated their TCID50 and stored at –70°C until use.

The effect of the methanolic extract on the proliferation of Vero cells was determined in 96 well tissue culture plates and incubated at 37°C in humidified atmosphere supplied with 5% CO2. Confluent monolayers were incubated with two fold serial dilution of extracts (1:100, 200, 300, 400, 500 (100μg/mL)) in DMEM for 72 hrs. The 50% cell-inhibitory concentration (CC50) was determined by tryphan blue dye uptake assay using medium as a control.

Antiviral activity was determined using dye uptake assay [17]. HSV type 1 & 2 infected Vero cells were seeded in 96 well tissue culture plates at an initial cell concentration 60,000 cells/well and incubated in a humidified 5% CO2 atmosphere and preincubated with 100μL of serial dilution of partially purified compound of MeOH extract in the medium (1:100, 200, 300, 400 (100μg/mL)) in triplicate and control virus was kept for 15 min at same condition, and incubated at 36°C for 7 days.

The screening of the chemical constitutents was carried out in MeOH extracts using chemical methods and TLC. Lieberman Buchard Test for Steroids, Dragendroff’s test for Alkaloids, Feric solution test for Tannins, Fehling’s test for Reducing sugars, Ninhydrin test for Amino acid and proteins and for Terpenoids, Ammonium heptamolybdate and cericsulphate in sulphuric acid along with sample heated at 120°C and the appearance of blue indicate the presence of terpenoids were analyzed.

The statistical significance P value of dilution of MeOH extracts C. quadrangularis activity against HSV 1 and 2 were calculated using statistical software SPSS for Windows 10.1. P value less than 0.05 was considered to be statistically significant Figure 3: C-18 Reverse Phase HPLC analysis of one of the partially TLC purified MeOH compounds of C. quadrangularis showed the 9 different peaks. Mobile phase Acetonitrile and Water in the ratio of 60:40 in the flow rate of 0.5 mL/min and detected in the wavelength of 280 nm.