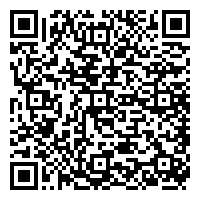 Background: The roots of Zapoteca portricensis is a common remedy in the treatment gastrointestinal disorders used by tradomedical practitioners in Eastern Nigeria. Aim: This study was aimed at evaluating the possible antiulcer activity of the root of this plant in experimental rats. Methods: A methanolic root extract was prepared by cold maceration. Antiulcer activity was tested using absolute ethanol and indomethacin induced ulcer models. Sucralfate (100 mg/kg oral) was used as the reference drug. Different groups of albino rats of male sex were given three doses (50, 100, 200 mg/kg) of the extract. Phytochemical analysis of the freshly dried roots was also done. Results: Phytochemical results revealed presence of alkaloids, terpenoids, glycosides and flavonoids. The ethanol model produced an average ulceration in rats with reduction of ulcer (50%, 75% and 90%) seen in all the extract treatment. A dose dependent inhibition of ulcer was seen in all doses of the extract with doses 100 and 200 mg/kg produced a significant reduction compared with control. In the indomethacin model, an absolute ulceration was produced in all the animals. Inhibition of ulcer (57.1%, 65.7% and 80.0%) was seen in the treatments with the extracts in a dose dependent manner. All the three doses of the extracts produced significant ulcer protection compared with control. Conclusion: This study has shown that roots of this plant (Zapoteca portoricensis) possess potent antiulcer activity.

Research into the treatment of ulcer has been intensified after the implication of Helicobacter pylori in the pathogenesis of most resistant ulcer [1]. The disease has been reported to have high recurrence and mortality rates especially in complicated cases [2]. Herbal medicine has attracted so much interest in this area especially with herbs from the tropics. Herbs like the Brazilian “Pau santo” [3], Black pepper [4], the Indian “Sharpunkha” [5] etc have been reported to possess potent antiulcer property and so many still to be investigated. Zapoteca portoricencis, is a perennial shrubby plant with slender branches, cream colored fl owers and fl at fruits. It is widely distributed in West Africa especially in Togo (Misahohe), Gold Coast (Odumase, Aburi), and Southern Nigeria (Bonny, Oban, Aguku and Lagos). It is also common in the West Indies and the Atlantic Coast of America. It is popularly called “ELUGELU” in eastern Nigeria and its leaves are used to treat tonsillitis, spasmodic and other gastrointestinal disorders. Its roots have been reported to possess anti-infl ammatory activity [6], antifungal and antibacterial activity [7]. It is often agreed that agents with antispasmolytic activity may also possess antiulcer activity and this study however is aimed at evaluating the possible ulcer healing potential of this plant in experimental rats.

The plant was collected in large quantities from the Obukpa and Orba communities of Nsukka Local Government Area of Enugu State. The plant was then identifi ed by Mr A.O. Ozioko, taxonomist, of the Bioresources and Development Center Programme in Nsukka. A voucher specimen of the root was deposited at the hebarium of the Department of Pharmacognosy, University of Nigeria, Nsukka for future reference (Pcg/SN 89).

Preparation of the Extract

The roots were dried under the sun for 7 days and pulverized into coarse powders. The coarse powders (weighing 460 g) were subjected to maceration extraction using 2 L analytical methanol with intermittent shaking. The mixture was filtered and the methanolic extract of Zapoteca portoricensis (MEZP) dried under the shade at room temperature (yield of 4.13%).

Healthy adult albino rats of male sex weighing between 100-180 g obtained from the animal house Department of Pharmacology and Toxicology, University of Nigeria, Nsukka were used. The animals were housed under standard conditions of light/dark at 12/12 hr cycle. They were fed with standard animal feed (Nigerfeed, Nigeria) and allowed free access to clean drinking water. The rats were fasted eighteen hours before the experiment but were given water ad libitum. Animal experiments were done in compliance with the National Institute of Health Guide for Care and Use of Laboratory Animal (Pub No. 85-23, revised 1985).

These tests were carried out according to methods described by Habourne [8].

Thirty over-night fasted rats were divided into five groups of six rats each. All the groups of rats were given treatments as follows: group 1 received 5 ml/kg of 3% Tween 80 (control group), group 2 received 100 mg/kg sucralfate (Antepsin®, Chugai Pharma UK), group 3 received 50 mg/kg, group 4 received 100 mg/kg and group 5 received 200 mg/kg of MEZP. Thirty minutes later, ulcers were induced by administering 1 ml absolute ethanol (99%) to each rat. All administrations were by per oral route. One hour later all the rats were cuthanized with chloroform. The stomach were excised, cut along the greater curvature and gently rinsed under tap water. The stomachs were stretched on a corkboard and a magnifying glass (X10 magnifi cation) used to spot and count the craters using a severity scale described by. The ulcer index was obtained by the sum of a group’s crater score and divided by magnifi cation [10]. Ulcer inhibition (UI) was calculated using the formula below;

Thirty over-night fasted rats were divided into five groups of six rats each. All the groups of rats received treatments as follows; group 1 received 5 ml/kg of 3% Tween 80 (control group), group 2 received 100 mg/kg sucralfate (Antepsin®, Chugai Pharma UK), group 3 received 50 mg/kg, group 4 received 100 mg/kg and group 5 received 200 mg/kg of MEZP. Thirty minutes later, ulcer was induced with indomethacin (40 mg/kg) p.o in all the rats. Eight hours later, the rats were sacrifi ced as above and their stomachs isolated and cut along the greater curvature. The excised stomachs were rinsed under tap water and viewed for ulcer craters as described above.

The results of ulcer indices were expressed as mean ± SEM while ulcer inhibition expressed as a percentage. Diff erences in mean ulcer index in comparison with control was done using the one way ANOVA followed by the Dunnett’s multiple comparison with statistical signifi cance considered at P>0.05 and P>0.01.

Antiulcer activity results for the ethanol model are displayed in Table 1. Ulcer was not produced in all the rats in the treatment group but with only control group having absolute (100%) ulceration. Ulcer inhibition was highest with 200 mg/kg of MEZP (93%, p>0.05) which was signifi cant compared with control. Sucralfate produced the lowest and a non significant ulcer protection (25%). The extracts produced a dose dependent ulcer inhibition.

Results for indomethacin model can be viewed in Table 2. There was an absolute production of severe ulcers in all the rats using this model and ulcer inhibition was seen in all the treatment groups. Ulcer inhibition was highest with 200 mg/kg MEZP (80%, p>0.01) and lowest with Sucralfate (51.4%) and there was a dose dependent protection after pretreatment with the extracts.

This study revealed a significant antiulcer activity of the methanolic root extract of Zapoteca portoricensis using standard ethanol and indomethacin models in rats. The pathogenesis of ulcer remains controversial but its cause is known to be aggravated by an imbalance between the aggressive factors (i.e. acid and pepsin) and factors that maintain mucosal integrity (i.e. mucus, bicarbonate and prostagladins) [12]. The use of sucralfate in this study was due to its increasing prescription in ulcer patients in this country and specifi cally due to its non antisecretory but mucoprotective nature [1]. It is known to act by several mechanisms which include physical protection of stomach, synthesis of prostaglandins and stimulate mucus and bicarbonate secretion [13]. It has been documented to be eff ective in uncomplicated NSAID induced ulcers [14,15,16] but it does not cure ulcers. Ethanol has been shown to increase the risk of ulcer in humans [13] but produces potent ulceration in rats [9]. It is believed to produce reactive species responsible for mucosal injury [17] and lipid peroxidation, a free radical mediated process that ultimately destroys lipids membrane [18]. The extracts produced a relatively potent antiulcer activity against ethanol induced ulcer which may suggest that the plant possesses some cytoprotective actions against ethanol induced ulcer. The dose dependent ulcer inhibition of MEZP further corroborates its possible cytoprotective actions in this model. The effect was more pronounced that those of sucralfate which may suggest a different mechanism of action or probably pronounced cytoprotection at higher doses.

Indomethacin model produces its ulceration by mechanism well understood. It causes an inhibition of the production of endogenous cytoprotective prostaglandins [19]. However with the inhibition of ulcer in this model by the extract, it is possible that the plant produces a cytoprotection similar to those of sucralfate in the indomethacin model. The smallest dose produced activity higher than sucralfate which shows its effectiveness in ulcer inhibition at low doses. Its dose dependent effect proves it has a sustained and increased antiulcer activity. The secondary metabolites identifi ed may also have been responsible for the antiulcer activity of this plant as flavonoids have been reported to possess antiulcer activity in various experimental models of ulcers [20]. The exact mechanism cannot be emphasized and further studies are undergoing to analyze its exact gastro protective activity.

Th is study had shown that roots of Zapoteca portoricensis possess antiulcer activity against alcohol and indomethacin ulcers in rats.

Special appreciation goes to Mr. S.O Igboeme of the Science Laboratory Department, University of Nigeria for his technical assistance in this study.