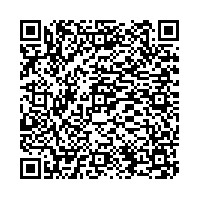 Diabetes mellitus is a major and growing public health problem throughout the world, with an estimated worldwide prevalence of 150 million people in 2000, which is expected to increase to 320 million by 2025 [1].

Besides hyperglycemic, several other factors including dislipidemia or hyperlipidemia are involved in the development of micro and macro vascular complications of diabetes which are the major causes of morbidity and death [2]. Although numerous oral hypoglycemic drugs exist alongside insulin, still there is no promising therapy to cure diabetes [3]. India has a rich emporium of various potent herbs and herbal components for treating various diseases including diabetes. In recent years, numerous traditional medicinal plants were tested for their antidiabetic potential in the experimental animals [4,5,6].

Preparation of plant extract for phytochemical screening and antidiabetic studies

The E. floccosa leaves were shade dried at room temperature and the dried leaves were powdered in a Wiley mill. Hundred grams of powdered E. floccosa leaves was packed in a Soxhlet apparatus and extracted with ethanol The extract were subjected to qualitative test for the identification of various phytochemical constituents as per the standard procedures [8,9,10].The ethanol extracts were concentrated in a rotary evaporator. The concentrated ethanol extract were used for antidiabetic studies.

Acute oral toxicity study was performed as per OECD -- 423 guidelines (acute toxic class method), albino rats (n=6) of either sex selected by random sampling were used for acute toxicity study [11]. The animals were kept fasting for overnight and provided only with water, after which the extracts were administered orally at 5mg/kg body weight by gastric intubations and observed for 14 days. If mortality was observed in two out of three animals, then the dose administered was assigned as toxic dose. If mortality was observed in one animal, then the same dose was repeated again to confirm the toxic dose. If mortality was not observed, the procedure was repeated for higher doses such as 50,100, and 2000 mg/kg body weight.

Rats were induced diabetes by the administration of simple intraperitioneal dose of alloxan monohydrate (150 mg/kg) [12]. Two days after alloxan injection, rats screened for diabetes having glycosuria and hypoglycemia with blood glucose level of 200-260 mg/100 ml were taken for the study. All animals were allowed free access to water and pellet diet and maintained at room temperature in plastic cages.

In the present investigation, a total of 30 rats (24 diabetic surviving rats and 6 normal rats) were taken and divided into five groups of 6 rats each.

The data were analyzed using student’s t-test statistical methods. For the statistical tests a p values of less than 0.01 and 0.05 was taken as significant.

A significant elevation in serum constituents, urea and creatinine were observed in alloxan induced diabetic rats (Group II), when compared to control rats. The ethanol extracts of E. floccosa leaves were administered orally (150 mg/ kg body weight- Group III and 300mg/kg body weight- Group IV) to rats for 14 days, reversed the urea and creatinine level to near normal. The administration of glibenclamide (Group V) also decreased the levels of urea and creatinine to some extent. Alloxan is taken as indications of an abnormal glomerular fraction where a simple injection of cisplation at a dose of 5mg/kg body weight in rabbits caused a marked reduction in the glomerular filtration rates, which was accompanied by an increase in the creatinine level, indicating the induction of acute renal failure. It is confirmed that there is a significant increase in serum creatinine in albino rats 14 days after alloxan administration. The present results show that, the treatment with ethanol extract of E. floccosa leaf was effective in preventing alloxan induced increase in serum creatinine level when compared with the control. Alloxan induced diabetic rats showed significant increase (p<0.05) glycosylated haemoglobin (HBA1C) level compared with normal rats. The ethanol extract of E. floccosa leaf treated rats showed a significant decrease (p<0.05) in the content of glycosylated haemoglobin. Glycosylated haemoglobin determinations are self monitoring of blood glucose therefore play an important complementary roles for the management of diabetes mellitus [37].

Each value is SEM of 6 animals. Comparison made between normal control to diabetic control and drug treated groups * p < 0.05

Table 2 summarized the effect of alloxan on the activity of the hepatic marker enzymes in serum. In the present study, the levels of SGPT and SGOT in alloxan induced diabetic rats were elevated. It may be due to leaking out of enzymes from the tissues and migrating into the circulation by the adverse effect of alloxan [34]. Aspartate amino transaminases and Alanine transaminase were used as markers to assess the extent of liver damage in streptozotocin induced diabetic rats [39]. In this study, the ethanol extract of E. floccosa regulated the activity of SGPT and SGOT in liver of rats intoxicated with alloxan. The effect of glibenclamide on the recovery of hepatic enzyme activity in serum was very similar to that of the earlier study [40].

The restorations of SGPT and SGOT to their respective normal levels after treatment with both glibenclamide and ethanol extract of E. floccosa, further strengthen the antidiabegenic effect of this extract. Moreover, SGPT and SGOT levels also act as indicators of liver function and restoration of normal levels of these parameters indicate normal functioning of liver. Since the alloxan can also affect the liver by free radical mechanism.

In addition to the assessment of SGPT and SGOT levels during diabetes the measurement of enzymatic activities of phosphatases such as acid phosphatase (ACP) and alkaline phosphatase (ALP) is of clinical and toxicological importance as changes in their activities are indicative of tissue damage by toxicants. In the present study, serum ALP increased in alloxan induced diabetic rats (Table 2). Elevated level of this enzyme in diabetes may be due to extensive damage to liver in the experimental animal by alloxan. Treatment with ethanol extract of E. floccosa in alloxan induced diabetic rats produces a decline in ALP level.

The levels of serum lipid profile, total cholesterol (TC), triglycerides (TG), LDL-C, VLDL-C and HDL-C in control, diabetic induced and drug treated rats were presented in Table 3. Alloxan induced rats showed significant increase in serum lipid profiles except HDL-C when compared with normal rats. The glibenclamide (Group V) and ethanol extract of E. floccosa (Group III and IV) treated rats showed a significant decrease in the content of lipid profile when compared with diabetic induced rats. Similarly HDL-C level decreased in alloxan induced diabetic rats when compared to normal rats. On administration of ethanol extract of E. floccosa and glibenclamide to the diabetic rats, HDL-C level was found to be restored to normal. The level of serum lipid profiles are usually raised in diabetic rats in the present study and such elevation represents risk factor for coronary heart diseases [41]. Lowering of the serum lipid level through dietary or drug therapy seems to be associated with a decrease in the risk of vascular disease [42]. During diabetes, enhanced activity of the enzyme, increased lipolysis and releases more fatty acids into the circulation [43]. The increased fatty acid concentration also increases the β-oxidation of fatty acids, producing more acetyl Co-A and cholesterol during diabetes. In normal condition, insulin increases receptor-mediator removal of LDL-cholesterol and decreased activity of insulin, during diabetes causes hypercholesterolemia. Hypercholesterolemia and hypertriglycedemia have been reported to occur in diabetic rats [41]. The increased concentration of free fatty acid may be due to lipid break-down and this may cause increased generation of NADPH-dependent microsomal lipid peroxidation. Phospholipids were increased in alloxan induced diabetic rats. Phospholipids are present in cell membrane and make up vast majority of the surface lipoprotein forming a lipid bilayer that acts as an interface with both polar plasma environment and non-polar lipoprotein of lipoprotein core [44]. Increased phospholipids levels in tissues were reported by Venkateswaran et al. [45]; Pari and Satheesh, [46] in streptozotocin diabetic rats. Administration of ethanolic extract of E. floccosa leaf and glibenclamide decreased the levels of phospholipids.

The results (Table 4) showed increased lipid peroxidation (LPO) of alloxan induced diabetic rats. Earlier studies have reported that there was an increased lipid peroxidation in liver, kidney and brain of diabetic rats [47,48]. This may be because the tissues contain relatively high concentration of early peroxidizable fatty acids. In the present study, an increase in the levels of LPO was found and these levels were significantly reduced after the supplementation of the ethanol extract of E. flocossa leaf and glibenclamide (Table 4). This indicate that plant extract inhibit oxidative damage due to the antiperoxidative effect of ingredients present in ethanol extract of E. flocossa. This could be correlated with previous study reported that Cassia auriculata flower [35] Syzigium cuminii [49,50] Tinospora cardifolia [51] and Scoparia dulcis [52] has antiperoxidative and antihyperlipidemic effect of diabetic animals. Apart from the regulation of carbohydrate metabolism, insulin also plays an important role in the lipid metabolism. Insulin is a potent inhibitor of lipolysis, since it inhibits the activity of hormone sensitive lipase in adipose tissue and suppresses the release of free fatty acids [53].

The levels of superoxide dismutase (SOD), catalase (CAT), glutathione peroxidase (GPx) and reduced glutathione (GSH) (Table 4) were significantly (p<0.05) reduced in alloxan induced rats. These adverse changes were reversed to near normal values in ethanol extract of E. floccosa leaf treated. It is well known that CAT, SOD and GPx play an important role as protective enzymes against free radical formation in tissues [54]. It has been shown that the antioxidants status of tissues is an important factor in the development of diabetic complications [55]. Reduced glutathione plays an important role mainly in the detoxification and metabolism as a cofactor or a substrate for some enzymes and in this way it is an antioxidant agent protecting tissues from oxidative stress and thus measured as a common marker of free radical damage. Enzymatic antioxidant such as SOD and CAT are considered primary enzymes since they are involved in the direct elimination of ROS [56] SOD is an important defense enzyme and scavengers O2 anion from H2O2 and hence diminishes the toxic effects due to this radical or other free radicals derived from secondary reaction [57]. CAT is a haemoprotein, which catalyzes the reduction of hydrogen peroxides [58]. The antioxidant enzymes such as SOD and CAT are known to be inhibited in diabetes mellitus as a result of non- enzymatic glycosylation and oxidation [59]. In the present study, the activi- ties of SOD and CAT decreased in diabetic rats as reported earlier, which could be due to inactivation caused by alloxan generated ROS [60]. The ethanol extract of E. floccosa had reversed the activities of these enzymatic antioxidants, which might be due to decreased oxidative stress as evidenced by decreased LPO.

In conclusion, the present study has shown that the ethanol extract of E. floccosa leaf have antidiabetic, antihyperlipidaemic and antioxidant effects. The possible antidiabetic activity of the extracts might be due to stimulation of residual pancreatic insulin or by increasing peripheral utilization of glucose. Glycosides, flavonoids, tannins, organic sulphur compounds, catechol and alkaloids are active ingredients of hypoglycemic plant [61]. Flavonoids are reported to regenerate the damaged pancreatic beta cells [62]. Phenols have found to be effective antihyperglycemic agents [63]. In the present study, the phytochemical analysis of ethanol extract of E. floccosa clearly pointed out the presence of above said active phytochemicals. It denotes that the antidiabetic effect of ethanol extract of E. floccosa may be due to the presence of more than one antihyperglycemic principle and their synergistic effects.