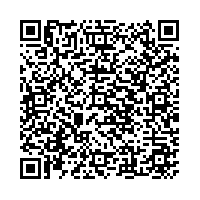 The mangrove flora is a diverse group of salt-tolerant plants growing in tropical and subtropical intertidal estuarine zones and usually categorized into two subgroups, true mangrove, and semi-mangrove according to their living environment.[1] True mangrove is confined to the typical intertidal mangrove habitats where the seawater salinity is usually 17–36%, however, semi-mangrove grow on the landward fringe of the mangrove habitats or in the terrestrial marginal zones that are subjected to irregularly high tides.[2] Bruguiera gymnorrhiza L. (family Rhizophoraceae) is a true mangrove widely distributed in the southern tropical Indian Ocean to tropical Australia.[3] It is the most abundant species in Indian Sunderban.[4] The higher degree of polymorphism might be attributed toward the comfortable growth of B. gymnorrhiza all along Sunderban.[5] It is a salt-tolerant large evergreen tree with elliptic-oblong thick leaves, rough reddish brown bark, short prop-roots, creamy white flowers, ovoid or turbinate single seed berries and viviparous and locally known as Kakra (Hindi), Kankra (Bengali), Banduri (Oriya), Thuddu ponna (Telegu) or Sigapukokandam (Tamil).[6-8] In folk medicine fruits, barks and leaves are commonly used for diarrhea and fever,[6,9] roots and barks are used in the treatment of diabetes,[10] stems are in viral fever[11] while, leaves in burns, intestinal worms, and liver disorders.[6,12-15] Different new and known bioactive constituents such as 3-β-(Z)-coumaroyllupeol and cyclohexylideneacetonitriles were found in hypocotyls,[14,16] dammarane triterpenes (bruguierins) in flowers[17] while, brugunins, and bruguierols in stems.[18] Other derivatives such as amyrins, lupeols, ursolic acid, taraxerol, gymnorhizol, ellagic acid, tannins have been isolated from different parts of this palnt.[2,19-22] Recent studies hypothesized that some of the compounds present in B. gymnorrhiza have potential inhibitory actions on hepatitis B virus[14] and also in HepG2 cells activations,[17] though no experimental evidence is still persist. Hence, this study was undertaken to find out the chemical nature and antioxidant properties of B. gymnorrhiza leaves and its role on D-galactosamine (GalN) induced hepatic tissue injury (resembles to human viral hepatitis) in laboratory animals and also underlying mechanisms in details.

The leaves of B. gymnorrhiza L. (family Rhizophoraceae) was collected from the mangrove forest area of Indian Sunderban, West Bengal, during the postmonsoon period (September to November) and identified by Botanical Survey of India, Howrah. Forest department gave the permission of collection of leaves and the specimen was collected under their supervision. A voucher specimen (DST/537/5G-4/09-04) was deposited in the departmental herbarium. The shed dried powdered leaves were extracted with hydro-methanol (20–80%) in Soxhlet apparatus. Then, it was concentrated and dried (BR) and percentage yield was recorded.

Wistar male rats (150–160 g) were used in this study. Principles of laboratory animal care guidelines were strictly followed.[23] The animals were maintained under 12:12 h dark: Light cycle and controlled temperature (25 ± 3°C) and fed with food (Provimi, Bangalore, India) and water ad libitum. The experiment was conducted in accordance with the guidelines of Institutional Animal Ethical Committee following due approval (544/c/PO/02/CPCSEA).

BR was primarily evaluated by standard methods for qualitative analysis of bioactive groups.[24] The total phenolic acids in BR was done according to Folin-Ciocalteu method.[4] Aluminum chloride method was employed to determining the flavonoids present in BR.[4] Finally, the densitometric high-performance thin-layer chromatography (HPTLC) fingerprint of BR was carried out. Gallic acid (3,4,5-trihydroxybenzoic acid), quercetin (5,7,3’,4’-tetrahydroxy flavonol), and coumarin (1,2-benzopyrone) were used as biomarkers. In brief, BR was diluted into 1 mg/ml in methanol and spotted in the form of bands with on a precoated silica gel plates (Merck, 60F254, 20 cm × 20 cm) by Camag Linomat 5. The plates were developed in a mobile solvent system (toluene:ethyl acetate:formic acid = 4.5:3:0.2) for 30 min and scanned at 280 nm suing Camag TLC Scanner 3 (Camag, Linomat 5, USA).[25]

BR was examined for acute oral toxicity for determining the 50% lethal dose following the guideline no. 423 of OECD.[30] Hepatic damage involves in most cases of oxidative stresses and is characterized by a progressive evolution from steatosis to chronic hepatitis, fibrosis, cirrhosis, and hepatocellular carcinoma.[37] The plant derived antioxidants; particularly polyphenols could be correlated with oxidative stress defense and hepatoprotection.[38] Furthermore, mangrove is rich source of novel compounds with powerful antioxidant properties.[11,25-26] In this study, leaves of B. gymnorrhiza L. (BR) report to have rich source in gallic acid, quercetin, and coumarin and there are considerable data to support their antioxidant and hepatoprotective actions.[39,40] In vitro antioxidant studies show BR has strong reducing abilities and DPPH radical scavenging properties and also has capacities to inhibit generations of ABTS+ radicals and hydroxyl radicals. It is believes that hydroxyl radicals hamper normal liver functions by damaging and breaking DNA strands in hepatic tissues.[41] Moreover, BR has nitric oxide and superoxide radicals scavenging also abilities and thereby it has strong antioxidant properties. Earlier, it was reported that the stems and the roots of this mangrove has potent antioxidant role on polycyclic aromatic hydrocarbon treated tissues.[15]

Hepatotoxin, GalN is mainly concerns either with insufficiency of uridine diphosphate (UDP)-glucose or UDP-galactose that leads to inhibition of energy metabolism on hepatocytes or damaging mitochondrial membrane to release cytochrome C from hepatocytes through oxidative stress.[42,43] These changes resulted in leakage of aminotransferases and alkaline phosphatase enzymes from hepatocytes into serum and considers as sensitive indicators for hepatic injuries. The rises of AST, ALT and alkaline phosphatase in serum are significantly attenuates during BR treatments suggests its stabilizing/protecting role on hepatocyte cell membrane. Further, BR treatment reduces the level of lipid peroxides, most likely due to its strong antioxidant properties. Any reduction in tissue catalase enzyme activity may result in a number of deleterious effects due to the accumulation of hydrogen peroxides in the liver tissues.[37] Additionally, reduced GSH also functions as free radical scavenger and is important in the repair of free radical-induced biological damages.[32] Decreased GSH and catalase levels in GalN induced hepatitis have been considered to be an indicator of oxidative stress.[43] BR resulted in dose dependent and significant restoration of both catalase and GSH in rat liver tissues suggests its potential oxidants defenses. Thus, this study shows that polyphonols present in B. gymnorrhiza L. leaves produce an antioxidant effect and have the potential to treat hepatic injuries.

It may, therefore, suggest that B. gymnorrhiza L. leaves exert a stabilizing effect on hepatocyte cell membrane and promote repair of injure hepatic tissues through its radical scavenging pathways, however, in due course, this study may lead to search more effective hepatoprotective compound(s) from this mangrove for harmonizing therapeutic approaches to hepatic disorders.

Authors are grateful to Department of Science and Technology, West Bengal, India for financially supporting this project and to Prof. Amal Kanti Das, Head, Department of Pharmacology, Institute of Post Graduate Medical Education and Research, Kolkata, for permitting use of departmental equipment and facilities.