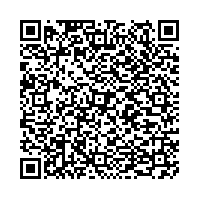 Anti-Gingivitis Effect of an Ayurvedic Formulation Versus 0.2% Chlorhexidine on Maintenance Phase: A Randomized Clinical Trial

Introduction: Over 90% of the world populations suffer from chronic gingivitis. Gingivitis is characterized by tender, red, swollen gums that bleed easily. Treatment for gingivitis is effective if initiated in the early stages of the disease. Objective: This study was conducted to examine the efficacy of formulated ayurvedic anti-gingivitis agent compared to the 0.2% chlorhexidine on maintenance phase of gingivitis cases. Material and Methods: A total of 112 patients with a history of gingivitis were randomly divided in to 2 groups. A double blinded randomized controlled clinical trial was carried out. Plaque index and gingival index were measured at the baseline, 1st, 2nd and 4th weeks. Scaling was done for both the groups at the first visit. All the subjects in Group 1 (test group) were instructed to massage their gums with the ayurvedic powder twice a day after brushing their teeth whereas as subjects in Group 2 (control group) were given 10 ml of 0.2% of chlorhexidine mouth wash. Plaque index and gingival index were recorded at the baseline and at the end of 1st, 2nd and 4th week. The data obtained were analyzed using student t test and Mann-Whitney test. Results: Both the groups showed reduction in gingival inflammation after professionally performed oral prophylaxis. There was no statistically significant difference in the rate of reduction of inflammation at any point of time between the 2 groups (p<0.05). Conclusion: Ayurvedic adjuvant may be efficacious with good acceptance and could be used as an alternative for people interested in natural products for maintenance phase of gingival diseases.

Periodontal disease is considered as disease of civilization, because it is recorded as old as history of man. Two most common type of periodontal disease are gingivitis and periodontitis. The bacteria cause inflammation of the gums that is called “gingivitis.” In gingivitis, the gums become red, swollen and can bleed easily, but there is no loss of supporting tooth structure. When gingivitis is not treated, it can progress to “periodontitis”, which means inflammation and loss of supporting tooth structure. If periodontitis is not treated it may lead to tooth loss. Dental plaque is one of the main etiologic factors for initiation of gingival and periodontal diseases.[1,2] Plaque control is considered to be the alpha and omega of prevention, healing and maintenance of periodontal health.[3]

Till date, the most dependable mode of plaque control is mechanical cleansing by tooth brushing. Mechanical plaque control is the mainstay for prevention of oral diseases, but it requires patient cooperation and motivation, therefore chemical plaque control agents can act as useful adjuvants for achieving the desired results. Ayurvedic adjuvants have been in use from time immemorial and have managed to make its presence felt through some of the herbal based products like dentifrices, mouth washes and products used to massage gums.[4] Anti-gingivitis agents are defined as chemicals that reduce gingival inflammation without necessarily influencing the bacterial plaque.[5] Various studies have demonstrated the benefits of ayurvedic anti-gingivitis preparations in resolving gingival inflammation when used along with mechanical plaque control.[6,7] Chlorhexidine (CHX) was first described in 1954 as an antiseptic and antibacterial agent. Chemically it is a cationic bis-biguanide biocide with low toxicity to human cells and has a broad antibacterial activity. Chlorhexidine is one of the most effective topical agents and has long been used as an effective antimicrobial agent. Chlorhexidine as mouthwash is considered as gold standard antibacterial solution because it has most of the characteristics of the ideal antimicrobial agent.[8] In Europe since early 1970s, Chlorhexidine is being used as a mouth rinse. Studies have shown its efficacy as a topical rinse to inhibit denial plaque and gingivitis.[9,10]

Recently various herbal extract has been tried as mouthwash and irrigating solution with the promising result. Being herbal they do not cause much side effect and can be used safely. Various herbal extracts like; Neem (Azadirachta indica), Alovera, Clove oil, Green tea tree, Black pepper (Piper nigrum), Pomegranate (Punia granatum), Babul (Acacia nilotica), Bakul (Mimusops elengi), and Vajradanti (Barleria prionitis) have been used to treat gingival and periodontal disease.The results of the study by Raveendra Pai have suggested that the dental gel containing neem extract has significantly reduced the plaque index and bacterial count than that of the control group.[11] Studies in Europe herbal mouthwash (used with a special gum irrigator) proved more effective than a conventional mouthwash at reducing gingival inflammation.[12] In a recent study irrigation of mild periodontitis cases with herbal extract showed comparable result with chlorhexidine irrigation.[13]

Hence, in the present study, an attempt is made to assess the antibacterial and anti-gingivitis efficacy of herbal preparation consists of Babul (Acacia nilotica), Bakul (Mimusops elengi) and Vajradanti (Barleria prionitis) with the commercially available 0.2% chlorhexidine.

A total of 112 systemically healthy patients with chronic generalized gingivitis were enrolled from the pool of patients who visited OPD of the Department of Periodontology. Out of all the patients recruited 54 were male and 58 were female, with the age range from 21 to 40 years.

Patients with gingival inflammation with no attachment loss were included in the study.

Patients with periodontitis, cigarette smokers, on antibiotic therapy within previous 6 months, diabetes, hepatic or renal disease, currently pregnant or lactating women were excluded from the study.

Ethical clearance was obtained from the Institutional Ethical review board of the institution before the commencement of the research work. Informed written consent was obtained from each participant before enrolling in the study.

Randomization was performed using computerized random numbers within a custom-made Hypertext Preprocessor (PHP) without applying block randomization or stratification methods. The function RAND with PHP programming language was used, which assigns a random number between 1 and 4 each time. Allocation concealment was ensured within the web-based application. After the patient selection, plaque index (Quigley-Hein modification of the plaque index) and gingival index (Loe-Silness gingival index) were recorded.[14,15]

The ayurvedic formulation was calculated and prepared by the reference of the National Formulary of Unani Medicine.[16] 100 gm of ayurvedic powder formulation contains Babul (Acacia nilotica) 60.0% w/w, Vajradanti (Barleria prionitis) 20.0% w/w and Bakul (Mimusops elengi) 20.0% w/w. After that, a machined fine powder was prepared from the entire components and delivered to the patient in the bottle for use.

Oral prophylaxis was carried out on the same day to bring the plaque score to zero, and the subjects in both the groups were given either ayurvedic formulation or 0.2% chlorhexidine by a third person. Neither the subjects nor the dental examiner were aware of the group to which the subjects belonged. All the subjects in test group were instructed to take the assigned powder between the index finger and thumb and to keep the finger apical to crown on the attached gingiva and to massage it in a circular fashion extending to the crown with three teeth at a time. The patients were instructed to perform this procedure twice daily after performing their routine oral hygiene procedures. Patients in control group were instructed to use 10 ml of chlorhexidine for one minute twice daily after performing their routine oral hygiene procedures. Patients were recalled at the end of 1st week, 2nd week and 4th week. At each appointment plaque and gingival indices were recorded and the amount of powder and chlorhexidine consumed was also recorded.

The collected data were analyzed using the statistical package. SPSS/ PC+. Student t test and Mann-Whitney test were done for comparing the associations. P value of less than 0.05 (<0.05) was considered as statistically significant.

Consort flow chart exhibiting the numbers of subject finally analyzed and those dropped out have been described [Figure 1]. Hundred patients completed the study, out of which 54 were male and 46 were female. The comparison of mean plaque scores between both the groups at baseline, 1st week, 2nd week and 4th week showed that the difference were not statistically significant [Table 1]. The comparison of mean gingival index scores between the both groups at baseline, 1st, 2nd and 4th week revealed that the difference were not statistically significant [Table 2]. Table 1: The difference in the mean plaque scores on 1st week, 2nd week and 4th week from the baseline was calculated for both the groups

Table 2: The difference in the mean gingival scores on 1st week, 2nd week and 4th week from the baseline was calculated for both the groups

The primary goal of periodontal therapy is the removal and control of plaque and the restoration of a normal bacterial flora in the gingival sulcus.[16] The long term maintenance is cornerstone in management of the results obtained after treatment of periodontal diseases. This can be successfully done with the adjunctive use of antimicrobials.[17] The present clinical trial was carried out with the primary objective of evaluating and assessing the efficacy of ayurvedic formulation (Test group) as compared to 0.2% Chlorhexidine (control group). As this was a study of efficacy of therapeutic intervention, randomized controlled design was selected as the appropriate design.

Chlorhexidine was selected as control group because of its antiplaque effect, which was proved as early as 1969 and 1970.[18] numerous studies followed, which made chlorhexidine as one of the most investigated compounds in dentistry. Chlorhexidine has been shown to be effective in altering the flora by acting as an adjunct to scaling and root planning. [19] Ayurvedic formulation was used as a test group because each of its contents have been shown to have effect on gingival and periodontal disease in several studies. Nandlal et al. and Hema et al. reported an increase in the rate of resolution of inflammation when Gum-tone® (commercially available ayurvedic powder) was used in conjunction with mechanical plaque control.[20,21] Yadav et al. and Kamat et al. through their studies had demonstrated the beneficial effects of G32® (commercially available ayurvedic powder) when used topically as an anti-gingivitis agent along with mechanical plaque control.[22,23] Glickman stated that it was not known whether the improved gingival condition following oral hygiene procedures resulted solely from cleaning action alone or whether there is a built in massage effect that was also contributing.[10] Jithendra et al. and Fourel et al. through their studies had demonstrated the benefits of gingival massage.[24,25] These include improved keratinization to render the gingiva more resistant to trauma improvement of gingival circulation, improved gingival tone, and reshaping of the gingiva following disease or surgery. In our clinical trial test group used the assigned powder to massage their gums. Hence it is possible to evaluate the beneficial effects of massage from this study.

All the patients who participated in the study showed excellent compliance for ayurvedic formulation. Even though nine patients in the study group reported an unpleasant sensation in their second visit (i.e., after one week), but did not report of any form of incompatibility at the second and fourth week. This suggests that the drug had good acceptance in the study group.

The present study did not demonstrate any clinically significant gain by the use ayurvedic formulation on the resolution of gingival inflammation and plaque when compared with the 0.2% chlorhexidine. The results of this study are however showed that plaque control is the alpha and omega of prevention, healing and maintenance of periodontal health. A thorough professionally performed oral prophylaxis alone made drastic beneficial alterations in the soft tissues which was perceivable in the first week itself.

It can be inferred from the above results that the ayurvedic adjuvant may be efficacious with good acceptance and could be used as an alternative for people interested in natural products. Future studies may be carried out using the split mouth technique using ayurvedic and allopathic adjuvants. Further microbiological and immunological studies should be carried out to check the efficacy of these ayurvedic formulations. It may be suggested that clinical trials should verify the efficacy of any new product instead of just assuming that the product is efficient based on laboratory studies.