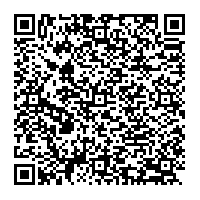 The compounds Gallic acid (GA), rutin(R), quercitin (Q), ellagic acid (EA) and sitosterol(S) were isolated from the methanolic extract of the leaves of Tectona grandis. These compounds were subjected to antimicrobial and antioxi-dant activity. The zone of inhibition of isolated compounds was evaluated by cup plate method against bacteria i.e. Staphylococcus aureus, Bacillus subtilis, Eschericia coli, Klebsiella pneumoniae and fungi Candida albicans. The anti oxidant activity of the extract and the isolated compounds were evaluated by using 1, 1-Diphenyl-2-picryl-hydrazyl (DPPH). Rutin has shown significant anti microbial activity against both the gram positive and gram negative bacteria when compared to the other compounds. The results of the anti oxidant activity revealed that quercitin showed good activity followed by rutin gallic acid, ellagic acid and sitosterol. The difference in both these activities of the isolated compounds was attributed to the number and position of the phenolic OH groups.

Medicinal plants used in traditional Ayurveda and Unani medicine are effective in treating various ailments caused by bacterial and oxidative stress. Tectona grandis; belonging to the family Verbinaceae has been used for various disorders such as in the treatment of urinary discharge, in the treatment of the common cold and headache, as a laxative and sedative, in bron- chitis, as diuretic, anti diabetic, in scabies, in wound healing, analgesic and anti inflammatory [1-5]. It is known fact that there is an increase in the infection rates due to the development of resistance by the microorganisms hence there is need to develop new antimicrobial drugs. Free radicals are responsible for various dis- eases like cancer; heart diseases etc. Number of plants have been reported to posses anti oxidant and antimicrobial activities [6,7,8].It has been reported that phenolic compounds show anti microbial activity against a wide range of microorganisms . They also posses significant antioxidant activity by virtue of the presence of the free phenolic groups [9]. We have already reported the wound healing activity of the isolated compounds [10]. The purpose of the present study was to investigate the antioxidant and antimicrobial properties of the isolated constituents of the plants i.e. two flavonoids (rutin, quercitin), two phenolic acids (gallic acid and ellagic acid) and a sterol (sitosterol), which posses phenolic OH in varying numbers and at different position. This paper reports the results of the studies which may be of significantly important in future investigations towards the development of potent and safe antioxidants and antimicrobials.

The frontal leaves of Tectona grandis were collected from the rural areas of Banga- lore. Identified and authenticated by the Regional Research Institute, Bangalore where the specimen voucher (RRCBI Acc no 12474) has been deposited. The ma- terial was shade dried, pulverized and preserved in air tight containers.

Preparation of the extracts

The methanolic extract of dried powder (1 kg) of the leaves was prepared by using Soxhlet apparatus which was then concentrated and dried to give dark brown mass.

The extract was then subjected to preliminary phytochemical analysis using stand- ard procedures [11].The compounds were isolated from the different fractions of methanolic extract by eluting the column with different mobile phases with grad- ual increase in polarity, starting from petroleum ether, chloroform, ethyl acetate and methanol.

Initial microbial growth inhibitory properties of test substances were determined by cup plate method .The drugs were dissolved in H2O / DMSO and tested at concentration of 200 and 100 μg/ml against all the microorganisms.

Sterile NA/SDA plates were prepared and 0.1 ml of the inoculum from the standardized culture of test organism was spread uniformly. Wells were prepared by using a sterile borer of diameter 10mm and 100μl of the test substance, stand- ard antibiotic and the solvent control were added in each well separately. Amoxy- cillin and Flucanazole were used as standards and tested against bacteria and fungi, respectively. The plates were placed at 40C for 1 h to allow the diffusion of test solution into the medium and plates were incubated at a temperature optimal for 24 hours for bacteria at 37oC and 48 hours for fungi at 27oC. The zone of inhibi- tion of microbial growth around the well was measured in mm.

Table 3: IC50 of the methanolic extract and the isolated compounds.

Anti microbials of plant origin are effective in the treatment of several infections. The action of compounds containing phenolic hydroxyl groups may be related to inhibition of hydrolytic enzyme or other interactions to inactivate microbial ad- hesions, on specific transport of carbohydrates etc. The presence of the hydroxyl group and a system of delocalized electron are important for the antimicrobial activity [14]. Phenolic compounds exhibit a wide range of anti-allergenic, anti- inflammatory, anti-microbial, antioxidant, anti-thrombotic, cardio protective and vasodilatory effects. Rutin has shown significant anti microbial activity against both the gram positive and gram negative bacteria when compared to the other compounds. Free radical scavenging is one of important routes by which damage to cells can be prevented. Increased production of reactive oxygen species (ROS) results in oxidative stress and in cytoxicity. The effect of antioxidants molecules on DPPH is due to their hydrogen donating ability. DPPH free radical method is an easy, rapid and sensitive method to evaluate the anti oxidant properties of extracts and isolated compounds. The anti oxidant study shows that the extract and the compounds have significant anti oxidant activity. Quercitin showed best antioxi- dant activity when compared to the other compounds, followed by rutin, gallic acid, ellagic acid and sitosterol. The radical scavenging activity of the compounds is related to the position and the number of free hydroxyl groups .The strong anti oxidant activity of the polyphenols is due to their action as scavengers of ROS, peroxide decomposers, quenching of singlet oxygen, electron donor and inhibitors of lipoxygenase. The isolated compounds all contain hydroxyl groups in varying numbers at different positions which are responsible for the difference in their anti oxidant activity. Flavonoid rutin differs from quercitin in the presence of a sugar rutinose at position 3, so it is possible that the sugar moiety could be contributing to the pharmacokinetic factor. It has been reported that although glycosides are usually weaker antioxidants than aglycones, their bioavailability is increased due to the increase in solubility by the presence of a sugar moiety. The type of sugar moi- ety also plays an important role in the activity i.e. glucose, rhamnose, or rutinose. For example, instead of rutinose, if rhamnose moiety is attached to quercitin it significantly reduces scavenging of radicals. Both quercitin and rutin are highly effective chelators of transition metals indicating that their is little difference be- tween aglycones and glycosides in the ability to complex metal [15,16].

The isolated compounds were subjected to anti microbial and anti oxidant activi- ties using standard methods. The difference in the activities was attributed to the number and position of the phenolic groups present. This result of this study indi- cates and confirms that the structure plays an important role in the activity that is exhibited by the compounds.

The authors are thankful to Prof Suresh Nagpal, Chairman, Krupanidhi Trust of Education and the principal Dr Amit Kumar Das for their encouragement and support.