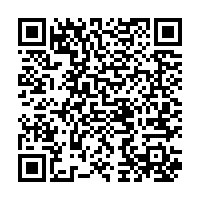 An overview of Nutraceuticals: Current scenario

Using food products to promote health and cure disease is renowned. Currently, most of the drug molecules available in the formulations were anciently used in their crude form. Dr Stephen De Felice first coins the term nutraceutics in 1989 to provide medical or health benefits including the prevention and treatment of dis-eases. This review classified the large number of nutraceuticals available from various sources and its significance. Further, the regulatory status of nutraceuticals and latest trends in nutragenomics are discussed.

Since ancient period the mankind made medicines from the extracts of natural materials and has been used for various purposes. In 1989 Dr. Stephen coined the term “Nutraceuticals” which is combination of nutrition and pharmaceutical. Nutraceuticals have a come long way since a new trend in the care of companion animals emerged in the 1990s and the similar trends in the human sector as well. With the passage of the dietary supplement health and education act of 1994, the definition of nutraceuticals has been expanded to include vitamins, minerals, herbs and other botanicals, amino acids, and dietary substance for human use as a supplement diet [1]. The term nutraceutical is not well accepted on global, regulatory systems while the dietary supplements are considered to be more prominent. Currently over 470 nutraceutical and functional food products are available with documented health benefits [2].

The success of traditional therapies is essentially due to the art of balancing the effect of one variety of food with other so that all complimented each other. Currently, the medical practitioners are considered as magic wand to cure disease. A recent study reports that 70% of patients typically consult a medical practitioner before or during the traditional therapy, indicates the disapproval of the natural therapy [3]. However, the patients are much aware of the side effects, contraindications caused due to the chemical agents in short and long term therapy. Thus the interest to prevent medicine from every small disease came into trend and consequently led to new research on alternative therapies preferably with the help of nutritional approaches. This review gives highlights of some important facts regarding therapeutic use of nutraceuticals as the commercial and traditional remedies.

In the pharmaceutical development process, it is a requirement to have clinical test results from animal tests and studies, for verification of the effects. On the other hand, in the case of nutrition, there was no verification method for foods in preventing diseases in the past. In recent years however, as food composition has been scientifically proven to cause lifestyle-related diseases, and has become a social issue as Figure 1. 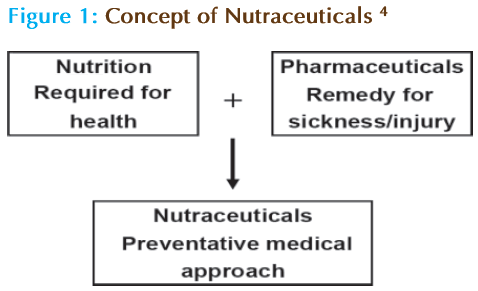 The regulatory framework of nutraceuticals in India needs attention from the relevant authorities. Globally, the regulatory authorities are aware of changing needs of consumers and proactively protect consumers by amending existing laws to accommodate changes but in India old laws such as Prevention of Food adulteration Act, 1954, which regulates packaged foods, still exist for manufacturers. In addition, they need to abide by many other cumbersome laws such as:

Further, there is lack of clarity in classifying functional foods and Nutraceuticals. This causes confusion amongst the regulators. At times, the drug regulators are tempted to classify these products as drugs. This has resulted in trouble for genuine manufacturers. The revolutionary step to introduce Food Safety and Standards Act will replace the old PFA. The new act will take India on the path of new regulatory framework to make it capable of global competition [5].

of nutraceuticals. This legislation was the result of a reform effort that spanned nearly two decades. It brings about a balance in FDA regulations between approving therapeutic products so that they can benefit patients and protecting public health by assuring that those products are safe and effective [7]. In 1993, the Ministry of Health and Welfare in Japan established a policy of “Foods for Specified Health Uses” (FOSHU) by which health claims of some selected functional foods are legally permitted. In 2001, a new regulatory system, foods with health claims (FHC) with a ‘foods with nutrient function claims’ (FNFC) system and newly established FOSHU was introduced. In addition, the Govt. changed the existing FOSHU, FNFC and other systems in 2005. Such changes include the new Subsystems of FOSHU such as

Nutraceuticals are non-specific biological therapies used to promote wellness, prevent malignant processes and control symptoms. They are categorized as follows

1. Based on chemical constituents

Herbs or botanical products as concentrates and extracts. Common herbs and their therapeutic relevance are shown in Table 2. 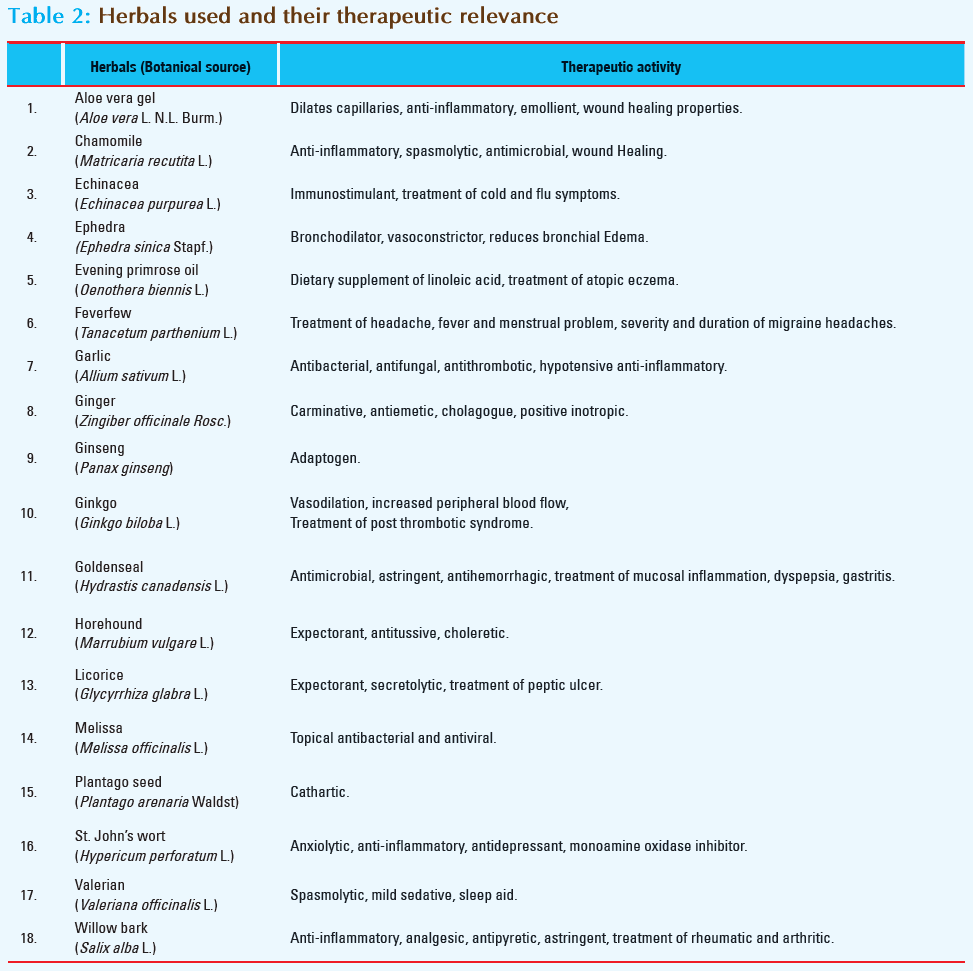 Dietary supplements are products administered through mouth that con tain a dietary ingredient intended to add something to the foods you eat. Examples of dietary supplements are black cohosh for menopausal symptoms, ginkgo biloba for memory loss, and glucosamine/chondroitin for arthritis. They also serves specific functions such as sports nutrition, weight-loss supplements and meal replacements. Supplement ingredients may contain vitamins, minerals, herbs or other botanicals, amino acids, en zymes, organ tissues, gland extracts, or other dietary substances. They are available in different dosage forms, including tablets, capsules, liquids, powders, extracts, and concentrates [12]. They could be categorized as shown in Table 3.

Under the category of traditional Nutraceuticals comes food in which no change to the food are made; It is simply natural, whole foods with new information about their potential health qualities. There has been no change to the actual foods, other than the way the consumer perceives them. Many fruits, vegetables, grains, fish, dairy and meat products contain several natural components that deliver benefits beyond basic nutrition, such as lycopene in tomatoes, omega-3 fatty acids in salmon or saponins in soy. Even tea and chocolate have been noted in some studies to contain health-benefiting attributes. Tomatoes and salmon are two types of food that researchers have found to contain benefits beyond basic nutrition - in this case, lycopene and omega-3 fatty acids, respectively.

They are the outcome from agricultural breeding or added nutrients and/or ingredients such as orange juice fortified with calcium, cereals with added vitamins or minerals and flour with added folic acid are nontraditional nutraceutical. Agricultural scientists successfully have come up with the techniques to boost the nutritional content of certain crops. Research currently is being conducted to improve the nutritional quality of many other crops [21].

Genome science and technology is combined together to find new concept of food with a new function to prevent diseases, which is now termed as Nutraceuticals, further the genome technique called Nutrigenomics (nourishment genome science) was created. Nutrigenomics contains the three omics disciplines gene, protein, and metabolite profiling (transcriptomics, proteomics, and metabolomics) as applied to the field of nutrition and health. Nutrigenomics forms the scientific basis for developing nutrition adapted to the needs of consumer groups, to be healthy, at risk, or diseased. The term ‘nutrigenetics’ was first defined by RO Brennan in 1975 in his book Nutrigenetics. New Concepts for Relieving Hypoglycemia. Nutrigenomics is newly developed methodology combined with multiple genomic techniques and molecular biology technologies. Nutrigenomics is a technology involved in various academic fields as shown below, for scientific analysis of the relationship between food and food ingredients and health care and disease prevention [48]. A study on yeast showed that increasing the activity of a single gene, SIR2 could extend their life span. An analogous gene, SIRT1 was located in humans. Polyphenol such as Quercetin found in apples and tea, and Resveratrol (found in grape and red wine) were found to increase SRT1 activity in a laboratory screening. Interestingly, Resveratrol was found to increase SRT1 activity 13-fold [49]. In terms of chronic diseases, particularly relevant are the effects of dietary cholesterol and fatty acids on gene expression. Dietary cholesterol exerts a profound inhibitory effect on the transcription of the gene for β-hydroxy-β-methyl-glutaryl (HMG)- CoA reductase. 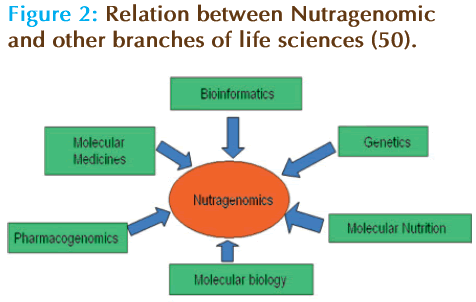 Figure 2: Relation between Nutragenomic and other branches of life sciences (50).

The Indian nutraceutical industry has great prospects. Over the last decade a wide range of products have been available, giving an insight into the tremendous growth. On one hand a booming economy has resulted in overall increase in disposable income of population. Added to this unhealthy, eating habits coupled with sedentary lifestyle have led to increase incidence of diet and its related health issues. On the other hand, there is a growing awareness on the importance of nutrition and diet for long term good health. These have contributed to a favorable market conditions for Nutraceutical industry in India. India has a lot of advantages like qualified human resources, world class R & D facilities and varied raw material-aspects that give our country a leading edge. The Indian Nutritional market is estimated to be USD 1 Billion. While the global market is growing at a CAGR of 7%, the Indian market has been growing much faster at a CAGR of 18% for the last three years, driven by Functional food and beverages categories. However the latent market in India is two to four times the current market size and is between USD 2 to USD 4 billion with almost 148 million potential customers. In USD 1 billion market size functional food having 54% market share followed by 32% market share of Dietary supplement and 14% share of Functional beverages. The Indian nutraceutical market is dominated primarily by pharmaceuticals and FMCG companies with very few pure play nutraceutical companies. Some major companies Marketing Nutraceuticals in India are GlaxoSmithKline consumer healthcare, Dabur India, Cadila Health care, EID Parry’s, Zandu Pharmaceuticals, Himalaya herbal Healthcare, Amway, Sami labs, Elder pharmaceuticals and Ranbaxy [51].

Many nutraceuticals, functional foods and naturally occurring compounds that have been investigated and reported in various studies revealed that these products are extremely active, have profound effect on cell metabolism and often have little adverse effect. It is natural that people’s focus is shifting to a positive approach for prevention of diseases to stay healthy. Nutraceuticals is scientific area generated all over the world. In many cases nutraceuticals offer an advantage over the synthetic drugs under development by the pharmaceuticals industry. It is novel pharmacological activity that are become interesting in their possible clinical use and thus helping in prevention and therapeutic in several diseases. Most of the pharmaceuticals companies often lack motivation to pursue these difficulties in obtaining the patents. It is hope that government agencies and research centers will give support for further research in nutraceuticals.

The authors are thankful to managing committee for providing the facilities and moral support.