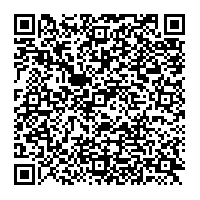 Objective: Diabetes mellitus is a syndrome of multiple etiologies. Both type 1 and type 2 diabetes lead to multiple abnormalities of lipid and lipoprotein metabolism. The aim of this investigation was to study the influence of fenofibrate on the blood glucose lowering effect of glibenclamide. Materials and Methods: Glibenclamide (0.45, 0.23 mg/kg) and fenofibrate (18.1, 9.38 mg/kg) was treated to normal, diabetic rats, and normal rabbits. Blood samples were collected at various time intervals and were analyzed for blood glucose levels using a glucometer. Results: Coâadministration of fenofibrate with glibenclamide significantly elevated the blood glucose reduction exhibited by glibenclamide. Conclusion: The results obtained from single and multiple dose treatments clearly demonstrated the existence of drugâdrug interaction at the dose tested in animal models. Hence, this investigation would serve as a preclinical evidence for the effect of fenofibrate on the therapeutic efficacy of glibenclamide.

Diabetes mellitus is a metabolic disease characterized by chronic hyperglycemia along with alterations of carbohydrate, fat, lipid metabolism resulting from defective insulin secretion or action leading to microvascular and macrovascular complications.[1-3] Diabetes mellitus affects multiple organ systems, and the allied vascular complications are considered as the major cause of death around the world. Patients suffering from diabetes are at high risk of accelerated progression of atherosclerosis due to dyslipidemia and oxidative stress.[4,5] Although, sulfonylureas fail to control hyperglycemia in long term therapy, they are still widely used to treat patients with type 2 diabetes mellitus.[6]

Glibenclamide is a potent sulfonylurea which is administered orally in small doses in the management of type 2 diabetes mellitus. It causes stimulation of pancreatic beta cells leading to the release of insulin and causes hypoglycemia.[7] Dyslipidemia associated with diabetes is most frequently treated with fibric acid derivatives. Fibric acid derivatives have played a major role in the treatment of hyperlipidemia for more than two decades.[8] The third generation fibric acid derivative, fenofibrate is an analogue of clofibrate and is most commonly used as a lipid-lowering agent.[9]

The metabolic isoenzymes responsible for the metabolism of glibenclamide are well reported. The cytochrome P-450 (CYP) 3A4 is reported to be the major enzyme involved in the metabolism of glibenclamide. Enzymes CYP2C9 and 2C19 are also involved partly.[10] Fenofibrate exhibits a moderate inhibition of CYP2C9.[11] Diabetes is a debilitating disease where the resulting complications can be treated only to prevent or delay progression. However, the treatment itself cannot restore the normal function.[12] The objective of this investigation is to study the alterations in blood glucose lowering exhibited by glibenclamide in rats and rabbit models on acute and chronic exposure to fenofibrate.

Adult Wistar rats (either sex) of weight 150-260 g and albino rabbits weighing 1.3-1.5 kg were obtained from the animal house of Bapatla College of Pharmacy (1032/ac/07/ CPCSEA); Bapatla. The animals were maintained at a constant temperature of 26 ± 2°C and humidity 30-40% with 12 h light/dark cycle, throughout the experiments. The rats and rabbits were fed with commercial animal feed (Rayan’s Biotechnologies Pvt. Ltd., Hyderabad, India) and had free access to sterile drinking water. The rats were maintained in polypropylene cages with husk as the bedding material, and the rabbits were kept in stainless steel cages. The animals were accustomed to experimental laboratory conditions before the conduct of the research. The proposal was approved by Institutional Animal Ethics Committee (IAEC) of Bapatla College of Pharmacy; Bapatla, bearing the number IAEC/III/07/BCOP/2011, before the conduct of the research.

A single-dose interaction study was carried in adult Wistar rats. The animals were divided into four groups of six normal rats each. The animals were fasted for a period of 12 h prior to the experimentation and were supplied with water ad libitum. Glibenclamide and fenofibrate were administered through oral route through the experiment. Group I served as control and received distilled water, group II received glibenclamide 0.45 mg/kg, group III received fenofibrate 18.1 mg/kg, and group IV received a combination of glibenclamide 0.45 mg/kg and fenofibrate 18.1 mg/kg. The blood samples were collected before and after drug treatments at 0, 0.5, 1, 2, 3, 4, 6, 8, 10, 12, and 16 h by tail vein puncture and the blood glucose levels were estimated using an “Accu-Chek Active” glucometer (Roche Diagnostics, Germany).

The multiple dose interaction study in normal rats were performed with animals of group IV that were administered with fenofibrate 18.1 mg/kg for the following 7 consecutive days, postsingle-dose interaction. During this period, the animals had free access to food and water. On the 7th day, 8 h postfenofibrate administrations; the animals were deprived of food and had access to water ad libitum. On the 8th day, half-an-hour after administration of fenofibrate 18.1 mg/kg the animals were administered with glibenclamide 0.45 mg/kg.[13] The sampling and analysis were performed as mentioned in single dose interaction study.

Experimental diabetes in rats was induced by injecting alloxan monohydrate (Sigma Aldrich, USA) at a single dose of 150 mg/kg, i.p. in ice-cold normal saline. After 72 h, glucose levels were recorded using a glucometer. Rats with blood glucose levels of 200 mg/dL and above were considered as diabetic and were selected for the study.[13] An experimental protocol similar to that of normal rats was followed.

The single and multiple dose interaction study were performed in normal rabbits and were divided into four groups of five normal rabbits each. The animals were fasted for a period of 12 h prior to experimentation with access to water ad libitum. The drugs were administered through oral route. Group I served as control and received distilled water; group II received glibenclamide 0.23 mg/kg, group III received fenofibrate 9.38 mg/kg, and group IV received combination of glibenclamide 0.23 mg/kg and fenofibrate 9.38 mg/kg. The blood samples were collected at 0, 0.5, 1, 2, 3, 4, 6, 8, 10, 12, 16, 20, and 24 h from the marginal ear vein of rabbits and were analyzed for blood glucose levels using a glucometer.[13] An experimental protocol similar to that of rats was followed.

The hypoglycemic activity of glibenclamide at any given time, “t” in rats and rabbits was calculated as the percent blood glucose reduction at that time with respect to initial blood glucose level according to the formula given below:[13]

The data are presented as mean ± standard error of the mean. The significance of the observed differences in the pharmacodynamics of glibenclamide was assessed by using one-way ANOVA, followed by Dunnett’s multiple comparison tests. P < 0.05 was considered as significant.

SEM: Standard error of the mean. The values are mean±SEM (n=6). aThe comparison of group II, III and IV with the group I (normal control). bThe comparisons of groups I, III and IV with the group II (glibenclamide 0.45 mg/kg). cThe comparison of multiple with single dose interaction in normal rats. The following symbols represent the statistical significance: *P<0.05, ‡P<0.01, †P<0.001, #Nonsignificant. The values within parenthesis represent the percent change in blood glucose levels

SEM: Standard error of the mean. The values are mean±SEM (n=6). aThe comparison of group II, III and IV with the group I (normal control). bThe comparisons of groups I, III and IV with the group II (glibenclamide 0.45 mg/kg). cThe comparison of multiple with single dose interaction in normal rats. The following symbols represent the statistical significance: *P<0.05, ‡P<0.01, †P<0.001, #Nonsignificant. The values within parenthesis represent the percent change in blood glucose levels

The effect of glibenclamide, fenofibrate alone and in combination on the serum blood glucose levels was studied in normal, diabetic rats and normal rabbits. The rat model was used to prove the existence of interaction in diseased and nondiseased condition whereas the rabbit model was used to study the existence of interaction in two dissimilar species. The effect of glibenclamide was more pronounced at 4th h, and it may be attributed to the stimulation of initial rapid release of insulin and due to the property of glibenclamide to inhibit ATP-sensitive K+ channels.[14,15] Glibenclamide is known to induce a higher frequency of hypoglycemia than other agents, and the results were in accordance with this fact.[16] Administration of fenofibrate to rats and rabbits lead to a fall in blood glucose level when compared to initial blood glucose level. It is reported that the peroxisome proliferator-activated receptor α nuclear receptors were found to be present in rat models.[17] It is expressed highly in the liver, kidney, heart and muscle and is an important regulator of transcription of genes involved in lipid metabolism. The antidiabetic effect of fenofibrate was studied, and a greater level of lowered serum glucose was observed with fenofibrate treatment. It is reported that fenofibrate lower glucose levels by increasing the insulin sensitization and also by down regulation of phosphoenolpyruvate carboxykinase.[18]

Single and multiple dose interaction studies, revealed that the onset and duration of action was not altered whereas the hypoglycemic activity exhibited by glibenclamide was found to be increased on concomitant treatment with fenofibrate in normal and diabetic rats. In the case of diabetes, the normal insulin secretion is impaired, and kinetics of insulin release is delayed.[19] The mechanisms discussed above could have been the possible reasons for the reduction in blood glucose levels and in increase in the pharmacodynamic activity of glibenclamide. Glibenclamide, a second generation sulfonylurea, is known to facilitate insulin release and an increase in utilization of insulin by fenofibrate could have been the cause for the results that were observed. The reduction in blood glucose levels exhibited by glibenclamide was also altered by the presence of fenofibrate in rabbits. Since CYP3A4 is the major enzyme in the metabolism of glibenclamide, its metabolic process could have been altered by some CYP inducers or inhibitors.[20]

Based on the results obtained, the dynamic and kinetic interactions were found to be evident and most significant in multiple dose interaction in rat and rabbit models. The objectives of the study were fulfilled and are well-understood that the dose or frequency of glibenclamide has to be altered when it is concomitantly administered with fenofibrate in order to avoid any unexpected serious acute hypoglycemic shock as both drugs were well reported to lower blood glucose through different mechanisms. Hence, prescriptions with the above mentioned combination should be dealt with caution.