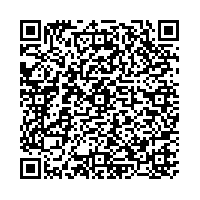 Age and Racial/Ethnic Disparities and Burden of Prostate Cancer: A Cross Sectional Population Based Study

This is an open access article distributed under the terms of the Creative Commons Attribution?NonCommercial?ShareAlike 3.0 License, which allows others to remix, tweak, and build upon the work non?commercially, as long as the author is credited and the new creations are licensed under the identical terms.

Objectives: The objective of this study was to examine the association of age and racial disparities in addition to obesity, dyslipidemia and diabetes and the burden of prostate cancer. Methods: The National Health and Nutrition Examination Survey (NHANES) data from 2001 to 2010 was used to examine the association between age and racial disparities in addition to obesity (body mass index), lipid and glycemic biomarkers and prostate cancer amongst adults in the United States. Data were analyzed for descriptive statistics and for differences using the t test, Chi-square test and ANOVA. A p value of <0.05 was considered statistically significant. Results: A total of 5,951 adults (40 yrs. and above) were included in this study. Sample mean age was 55.9 years, and 77% were non-Hispanic white. More participants (38%), older than 70 yrs. of age had PSA, total between 4-10 ng/ml and 9% had PSA total greater than 10 ng/ml, which was statistically significant (p<0.05). Similarly, participants younger than 50 yrs. of age had PSA ratio greater than 25% compared to participants older than 60 yrs. of age. These difference in PSA, total and free and PSA ratio was also statistically significant (p<0.05) There was two and half times higher odds of having high PSA, total and 10% odds of having greater than 25% PSA ratio with an increase in age and 20% greater chance of having higher PSA, total and 10% higher odds of having PSA ratio greater than 25%, if you were other than Mexican American such as Non-Hispanic white or black. Conclusions: Age and race/ethnicity found significantly associated with PSA levels. Role and impact of racial disparities and biomarkers discussed above in prostate cancer need further exploration.

In one Indonesian study, investigators evaluated obesity as a risk factor for prostate cancer. [7] Findings of this study demonstrated that various mechanisms that cause inflammation may also precipitates the development of prostate cancer further suggesting that the role of obesity in prostatitis is still unclear that it needs to be explored further. [7]

Racial disparities in health outcomes are well documented and it is certainly true about a disease condition such as prostate cancer. Elimination of such disparities is one of two overarching goals of Healthy People 2010[1] and is the subject numerous Institute of Medicine (IOM) reports. [9,10] As the social demographics in the United States are continuously changing, it is important to understand the disparity in incidence rate, prognosis, and predictors among different ethnic populations for prostate cancer. The objectives of this study were to explore the burden of prostate cancer among different ethnicities and to examine the impact of age, obesity, lipid and glycemic markers on the risk of prostate cancer using a large population based survey.

We analyzed the sample of adults 40 years and older who participated in National Health and Nutrition Examination Survey (NHANES), an ongoing population-based statistical survey to estimate the health status of the non-institutionalized civilian US population, based on interview, examination, and laboratory information from representative samples of US households. In-person interviews were conducted in sampled households, and subjects were invited to participate in medical examinations. [11] We aggregated NHANES data releases for 2001 through 2010 into a combined data set (NHANES 2001-2010) to increase sample size for greater estimator reliability (NHANES Analytic Guidelines). [12] Of 52,195 total participants who completed a home interview, 50,085 (96%) were examined. PSA levels were measured for 7,398 participants aged 40 years or older. Our study deemed for exemption status by the Institutional Review Board.

Hyperlipidemia was defined in accordance with “National Cholesterol Education Program-Adult Treatment Panel” (NCEP-ATP III) guidelines. [13] Individuals were considered hyperlipidemic, if they had Low-density lipoprotein (LDL) 130 mg/dl or higher; high-density lipoprotein (HDL) 40 mg/dl or lower and considered diabetic, if they had glycated hemoglobin (HbA1c) 7% or higher. National Cancer Institute (NCI) criteria were used for defining normal Prostate Specific Antigen (PSA) levels as, PSA, total (4 ng/ml), PSA, free (0.4 ng/ml) and PSA ratio (%). [14] An individual is considered diagnosed with prostate cancer, if he provided a positive response to the question, “Have you ever been told by a doctor or other health professional that you had prostate cancer? Body mass index, a measure of obesity defined as weight in kilograms divided by height in meters squared, was categorized according to clinical guidelines set by the National Institute of Health. [15]

Table 2: Mean levels of biomarkers and PSA for total sample

Table 3: Association between Mean PSA levels with Age groups and for Race/Ethnicity

Table 4: Association of age and race/ethnicity with PSA levels

Fifty eight percent of Non-Hispanic blacks and 56% of Non-Hispanic whites were obese compared to other race/ethnicities. Participants of age 60 and above were more obese compared to one that younger than 60 yrs. of age. These differences in BMI for age and race/ethnicity were statistically significant (p<0.05). Differences were also significant for HbA1 level and PSA, total; where 8% of the participants with HbA1c level more than 7% had PSA, total greater than 4 ng/ml. Ten percent of the participants with higher than 200 mg/dl total cholesterol had PSA, total greater than 4 ng/ml (p<0.05).

Table 5: Age and other predictors of PSA levels (unadjusted and adjusted model)

Table 6: Race/ethnicity and other predictor of PSA levels (adjusted model)

Our study findings are consistent with findings of a study by Lin et al. In this study, age was revealed as a significant factor of predicting Prostate Specific Antigen (PSA) levels when age-related reference levels for serum PSA was examined. [18] In a sample of 7803 healthy men, the serum PSA values were correlated with age, showing large increases among men older than 50 years. Increased serum PSA levels found with increased age among Taiwanese men, which are significantly different than ethnicities that are most often studied in the United States. In another study on prostate cancer among elderly men, authors argued that age is a critical prognostic factor that should be considered when making treatment decisions. Specifically, clinicians noted that PSA screening programs may result in over diagnosis of prostate cancer. Therefore, men who are older than 70 years may benefit from close monitoring and using alternative treatments to manage prostate cancer. Relationship between age, ethnicity, and PSA was explored in one Indonesian study. [19] A total of 1638 patients were enrolled in this study. Results of this study showed increased PSA levels with increase in age indicating that age is a prognostic marker of increased prostate cancer risk regardless of ethnicity.

In addition to age, results of this study revealed that ethnicity is also a significant factor to predict PSA levels. This finding was also validated in the study by Lim et al. that examined the association between ethnicity and PSA levels in a sample of 1054 men with no clinical evidence of prostate cancer. [20] This study revealed that baseline PSA level values differed among men based on their ethnicity. The authors concluded by recommending that ethnicity should be considered when evaluating serum PSA levels among a multiethnic patient population. In a study by Lim et al., authors recommended that ethnicity, in addition to age, should be considered as a critical factor for the diagnosis and treatment of prostate cancer.

Studies have examined the association between diabetes and prostate cancer with varied results. [21-23] A study by Sarma et al., epidemiological evidence was examined to support the inverse relationship between diabetes and prostate cancer. [22] The researcher postulated that screening-related factors might be the cause of this association. Patients with Type 2 diabetes might have reduced PSA and are less likely to seek health care services than patients without diabetes. Furthermore, patients with diabetes with low-grade disease are less likely to receive biopsy or prostate cancer treatment than those with high-grade. The author concluded that additional research is needed to confirm the underline cause of this inverse association.

Association between increased glycemic (HbA1c) levels with increased PSA levels, as observed in this study are in contrast to the findings of Jonasson et al., where authors examined the relationship between poor glycemic control and reduced PSA among patients with Type 1 Diabetes. [23] A total of 25,476 patients with Type 2 Diabetes from the Swedish National Diabetes Register were included in this study. The researchers calculated the incidences of and hazard ratios (HR) for cancer among patients that were grouped based on their HbA1C. The HR for all cancer were 1.01 (0.98-1.04) per 1% unit increase in the HbA1C. The results of the study showed no associations between HbA1C and risks for all cancer among patients with Type 2 diabetes in contrast to findings of this study, where higher PSA, total was observed with HbA1c levels greater than 7%. The total PSA levels were measured in 639 men in the Epidemiology of Diabetes Interventions and Complications Trial (EDICT), the observational follow-up of participants in the diabetes Control and Complications Trial (DCCT). Findings of this study showed that decreased in PSA levels with HbA1C increase among participants with Type 1 Diabetes concluding that glycemic control has a direct impact on PSA levels. [22]

In a study to examine the association between obesity and PSA, a total of 35,632 Chinese men were surveyed and 13,084 were included in the analyses. [24] The participants were grouped based on their BMI (Body Mass Index) and PSA parameters were measured. Results of this research revealed that obesity was associated with lower PSA levels among Chinese men. The authors recommended that BMI and WC should be considered when PSA is used for PC screening. In this study, participants with BMI>30, showed higher PSA levels, however this difference was found not statistically significant.

The relationship between cholesterol levels and PSA was explored in several studies. [3-5] In a research study conducted among patients in Nigeria to examine the link between lipid characteristics and PSA, total cholesterol, triglycerides, HDL, and LDL and PSA levels were compared between the two groups. [25] The researchers indicated that, in addition to age, High PSA, total cholesterol, triglycerides, and LDL levels may be risk factors for prostate cancer. Suggesting, high HDL may prevent the onset of the disease.

There are several limitations to this study. Our study used data of population based National Health and Nutrition Examination Survey (NHANES). As such, we could not measure the availability of insurance, use of diagnostic technologies, or time from symptom onset to diagnosis. Nor could we measure the presence or absence of specific risk factors such as smoking or diet. Our measurement of demographic factors was limited to age, sex, race, and marital status. This study did not take into account whether there were differences by race in the underlying rate of cancer incidence. Efforts to prevent cancer through modification of risk factors such as smoking and diet are important. The need for risk-factor reduction, however, does not negate the need to focus on diagnosis at earlier stages as a mechanism to reduce disparities in cancer survival.

Non-Hispanic blacks, who are considered to be represented in the lower socioeconomic strata, are believed to have poor access to health care and preventive services than non-Hispanic whites. This further result in delayed diagnosis and presents with clinically advanced disease. Our study, which has used a large population-based data collected at individual-level found that non-Hispanic blacks were associated with the high risk of presenting with prostate cancer. Efforts to reduce prostate cancer mortality in African-Americans need to address the factors accounting for the racial disparity in clinical stage at diagnosis of prostate cancer. Risk of prostate cancer diagnosis and death stratified by the age and race/ethnicity provides patients, health care professionals and policy makers with useful information which can help them in deciding how to manage and minimize such risks. Higher than average risk of prostate cancer deaths among some groups should still be weighed against the harms of over diagnosis and overtreatment. The evidence for obesity, cholesterol levels, use of statins, presence of diabetes etc., are still important risk factors, however, these factors still needs be further investigations.