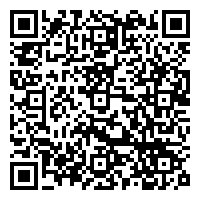 A simple practice guide for dose conversion between animals and human

Understanding the concept of extrapolation of dose between species is important for pharmaceutical researchers when initiating new animal or human experiments. Interspecies allometric scaling for dose conversion from animal to human studies is one of the most controversial areas in clinical pharmacology. Allometric approach considers the differences in body surface area, which is associated with animal weight while extrapolating the doses of therapeutic agents among the species. This review provides basic information about translation of doses between species and estimation of starting dose for clinical trials using allometric scaling. The method of calculation of injection volume for parenteral formulation based on human equivalent dose is also briefed

Safe and effective drug dosing is necessary, regardless of its purpose of administration. There are several instances, wherein the initial dose of a particular drug is unavailable in a specific species. Therefore, choosing starting dose of such drugs for research, experiments, or clinical trials in animals and humans is a concern. It should be emphasized that the common perception of scaling of dose based on the body weight (mg/kg) alone is not the right approach. This is primarily because the biochemical, functional systems in species vary which in turn alter pharmacokinetics. Therefore, extrapolation of dose from animals to humans needs consideration of body surface area, pharmacokinetics, and physiological time to increase clinical trial safety. There are four different methods namely dose by factor, similar drug, pharmacokinetically guided, and comparative approaches are described in literature to assess the initial dose. [1] The dose by factor method is an empirical approach and use the no observed adverse effect levels (NOAEL) of drug from preclinical toxicological studies to estimate human equivalent dose (HED). [2] Here, the dose selection is based on minimum risk of toxicity, instead of choosing one with minimum pharmacologic activity in humans. In similar drug approach, the existing pharmacokinetics data for another drug of the same pharmacological category may be used. [3] On the other hand, pharmacokinetically guided approach utilizes the drug activity instead of scaling of dose among species. [4] In case of comparative approach, different methods are utilized to determine initial dose, and the data are compared and optimize to get an initial dose.

Allometric scaling is an empirical approach where the exchange of drug dose is based on normalization of dose to body surface area. This approach assumes that there are some unique characteristics on anatomical, physiological, and biochemical process among species, and the possible difference in pharmacokinetics/physiological time is accounted by allometric scaling. [5,6] This method is frequently used in research for experimental purpose to predict an approximate dose on the basis of data existing in other species. Drugs with lesser hepatic metabolism, low volume of distribution, and excreted by renal route are ideal candidates for scaling of dose by this approach. The US Food and Drug Administration’s current guidance is based on dose by factor approach where the NOAEL of drug is scaled by making use of allometry to derive the maximum recommended starting dose (MRSD) for clinical studies. [7] This simple empirical approach considers the sizes of individual species based on body surface area which is related to metabolic rate of an animal that is established through evolutionary adaptation of animals to their size. [8,9] Moreover, the MRSD is usually scaled well across animal species when normalized to body surface area (mg/m2). Typically, MRSD is calculated from preclinical toxicology studies and applying a factor. [10] Figure 1 depicts the five steps to calculate MRSD in entry into human studies. Briefly, determine NOAEL’s in animal species, then convert NOAEL to HED, select appropriate animal species, apply safety factor, and finally, convert to pharmacologically active dose. NOAEL, the highest dose level that does not cause significant adverse effects, is a typical index for safety obtained from proper animal experiments to determine a safe starting dose. [7] In step 2, the NOAELs value is converted to HED on the basis of the body surface area correction factor (i.e., W0.67, which depends on the animal weight), using appropriate scaling factors from animal species. [11] Table 1 summarizes the factors for converting doses. The next step is selection of most appropriate species to use in calculation of MRSD. In general, animal species with the lowest HED is considered most sensitive species for determining human risk and is usually selected. [12] However, one can be more accurate by considering the change in pharmacokinetic parameters of drug between species. On the other hand, a specific animal that is more sensitive toward adverse effect can also be a suitable species. In step 4, the HED is divided by a factor value of 10, to increase safety of first human dose. This safety factor is accountable for differences in physiological and biological processes between human and animal species. In the final step, the value obtained is converted to pharmacologically active dose in humans. Key Points in Scaling of Dose

• Allometry accounts the difference in physiological time among species

• Do not apply allometric scaling to convert adult doses to kids.

The dose by factor method applies an exponent for body surface area (0.67), which account for difference in metabolic rate, to convert doses between animals and humans. Thus, HED is determined by the equation:

For example, for a newly developed drug molecule, the NOAEL value in rat weighing approximately 150 g is 18 mg/kg. To calculate the starting dose for human studies, use Equation 1.

Dose is equally related to body weight although it is not the lone factor which influences the scaling for dose calculation. The correction factor (Km) is estimated by dividing the average body weight (kg) of species to its body surface area (m2). For example, the average human body weight is 60 kg, and the body surface area is 1.62 m2. Therefore, the Km factor for human is calculated by dividing 60 by 1.62, which is 37 [Table 1]. The Km factor values of various animal species [Table 1] is used to estimate the HED as:

As the Km factor for each species is constant, the Km ratio is used to simplify calculations. Hence, Equation 2 is modified as:

However, it must be borne in mind that the km factor varies across animal species and increases proportional to W2/3 within a species as body weight increases. For example, the km value in rats varies from 5.2 (100 g rat), 6 (150 g rat), and 7 (250 g rat). Therefore, calculation of HED for a drug of NOAEL in rats is 50 mg/kg with an average weight of 250 g is as below:

Using the standard km factor value of 6 for rats with average weight of 150 g [Table 1], the dose varies accordingly as seen below:

Interchange of unit (mg/kg to mg/m2) of dose of animals or human is carried out using the Km factor [Table 1] as:

However, conversion between species based on mg/m2 is not supported for drugs administered by topical, nasal, subcutaneous, or intramuscular routes as well as proteins administered parenterally with molecular weight >100,000 Daltons.

Similar to the HED estimation, the animal equivalent dose (AED) can also be calculated on the basis of body surface area by either dividing or multiplying the human dose (mg/kg) by the Km ratio provided in Table 2. AED is calculated by minor modification of Equation 3 as:

For parenteral administration, HED conversion (mg/kg) is also based on body surface area normalization. The conversion can be made by dividing the NOAEL in appropriate species by the conversion factor. Guidelines for maximum injection volumes, by species, site location, and gauge size are summarized in Table 3. Injection volume of parenteral formulation is calculated by following equation.

*Data from guidelines for injection methods[13]

Suppose the concentration of the formulation (say nanoparticles) is 10 mg/mL, its AED is 62 mg/kg, the rat weight is 250 g and is administered through intraperitoneal route, and then the injection volume is calculated as

Dose estimation always requires careful consideration about the difference in pharmacokinetics and pharmacodynamics among species. Allometric scaling assists scientists to exchange doses between species during research, experiments, and clinical trials. Different equations described in this review could be used for dose extrapolation among species. Allometric scaling is generally used to convert doses among the species and is not preferred within species.

Authors are grateful to Dr. Mohamed A. Morsy, College of Clinical Pharmacy, King Faisal University for his perceptive discussions and expert advice during the preparation of manuscript.