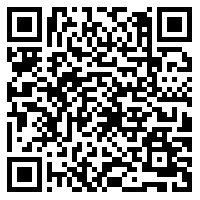 A Short Note on Delirium

Delirium is a serious change in brain capacity that causes ignorance and decreased awareness of one’s surroundings. Delirium generally manifests very quickly within hours or a few days. Delirium is frequently caused by one or more reasons, including severe or chronic disease, changes in metabolic balance (such as low sodium), medicine, infection, surgery, or alcohol or drug intoxication or withdrawal.

Delirium can be classified into three categories.

i. Hyperactive delirium: Restlessness (for example, pacing), agitation, fast mood swings or hallucinations, and reluctance to participate with treatment are also symptoms of this kind.

ii. Hypoactive delirium: Inactivity or diminished motor activity, sluggishness, abnormal sleepiness, or the appearance of being in a daze is all examples.

iii. Dizziness and delirium (mixed delirium): This covers signs and symptoms of both hyperactivity and hypo activity. The individual may rapidly shift from hyperactive to hypoactive states.

Dementia and delirium can be difficult to distinguish, and a person may have both. In contrast, delirium is common in dementia patients. However, experiencing delirium does not automatically imply that a person has dementia. As a result, a dementia evaluation should not be performed during a delirium episode, as the results may be deceptive.

Dementia is the steady deterioration of memory and other cognitive abilities caused by the gradual malfunction and death of brain cells. The most frequent cause of dementia is Alzheimer’s disease.

The following are some distinctions between delirium and dementia symptoms.

• Attention: Delirium greatly impairs the capacity to focus or keep attention. In the early stages of dementia, a person is typically alert.

• Fluctuation: The onset of delirium symptoms might vary greatly and often during the day.

• The signs and symptoms of delirium normally appear over a few hours or days. They frequently change throughout the day. Symptoms tend to be worse at night, when it is dark and objects appear less familiar.

Delirium develops when the usual sending and receiving of impulses in the brain is disrupted. This disability is most likely the due to a combination of events that weaken the brain and produce a malfunction in brain functioning. Delirium can be caused by a single event or by a combination of events, such as a medical condition and medication toxicity. Sometimes no reason can be found. Among the possible causes are:

• Toxicity from some medications or drugs

• Urinary tract infection, pneumonia, or the flu, particularly in the elderly

• Toxin exposure, such as exposure to carbon monoxide, cyanide, or other toxins.

Any ailment that necessitates a hospital stay, particularly in critical care or after surgery, raises the risk of delirium. Delirium is more prevalent among the elderly. Other factors that might increase the risk of delirium include dementia, stroke, and Parkinson’s disease are all examples of brain illnesses.

A blood test, may be used to assist pinpoint a reason. Urine analysis, imaging testing, such as a chest X-ray, CT scan, or MRI scan can be used for diagnosis.

The most effective method of avoiding delirium is to target risk factors that may precipitate an episode. Certain techniques, such as promoting healthy sleep habits, assisting the individual in being calm and well- oriented, and assisting in the prevention of medical issues or other consequences, appear to help avoid or minimise the severity of delirium.