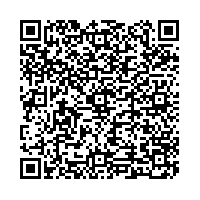 Objectives: To retrospectively determine the extent and types of adverse drug events (ADEs) from the patient cases sheets and identify the contributing factors of medication errors. To assess causality and severity using the World Health Organization (WHO) probability scale and Hartwig’s scale, respectively. Methods: Hundred patient case sheets were randomly selected, modified version of the Institute for Healthcare Improvement (IHI) Global Trigger Tool was utilized to identify the ADEs; causality and severity were calculated utilizing the WHO probability scale and Hartwig’s severity assessment scale, respectively. Results: In total, 153 adverse events (AEs) were identified using the IHI Global Trigger Tool. Majority of the AEs are due to medication errors (46.41%) followed by 60 adverse drug reactions (ADRs), 15 therapeutic failure incidents, and 7 overâÂÂdose cases. Out of the 153 AEs, 60 are due to ADRs such as rashes, nausea, and vomiting. Therapeutic failure contributes 9.80% of the AEs, while overdose contributes to 4.58% of the total 153 AEs. Using the trigger tools, we were able to detect 45 positive triggers in 36 patient records. Among it, 19 AEs were identified in 15 patient records. The percentage of AE/100 patients is 17%. The average ADEs/1000 doses is 2.03% (calculated). Conclusion: The IHI Global Trigger Tool is an effective method to aid provisionallyâÂÂregistered pharmacists to identify ADEs quicker.

Ensuring patient safety is a common goal for every healthcare provider, including the pharmacist. It reduces the risks of possible adverse drug events (ADEs) related to the exposure to medical care provided. [1] According to the third National Health Morbidity Survey (2006) conducted on a nationally representative sample of population in Malaysia to obtain community-based data and information on the prevalence of chronic illness, estimated overall prevalence of chronic illness in the Malaysian population was 15.5% including hypertension (7.9%), followed by diabetes mellitus (4.0%), asthma (3.4%), and heart disease (1.2%). [2] The Fourth National Health Morbidity Survey (2011) revealed that 35.1% of adults aged 18 years and above have hypercholesterolemia followed by hypertension (32.7%) and diabetes mellitus (15.2%). [3] Over the years, the prevalence of these chronic medical conditions has been increasing and increasing and incidences of Adverse Events (AEs) induced by medication error in Malaysia is progressively increasing day-by-day. In 2009, totally 2572 cases of medication errors were reported in hospital across Malaysia. [4]

The World Health Organization (WHO) probability scale and Hartwig’s severity assessment scale are well-known and useful tools. [5] Conventional efforts to detect AEs have focused on voluntary reporting and tracking of errors. However, public health researchers have established that on average only 10–20% of errors are ever reported and of those, 90–95% cause no harm to patients. Hospitals need a more effective way to identify events that do cause harm to patients, in order to select and test changes to reduce harm. The Institute for Healthcare Improvement (IHI) Global Trigger Tool though not as well-known as the afore-mentioned tools is effective in identifying ADEs. This tool employs “triggers,” or clues, to identify ADEs, and is an effective method for measuring the overall level of harm in a health care organization. The IHI Global Trigger Tool for measuring ADEs includes a list of known ADE triggers as well as instructions for selecting records, training information, and appendices with references and common questions. The tool provides instructions and forms for collecting the data needed to track three measures, includes (a) AEs/1000 patient days; (b) AEs/100 admissions and (c) percent of admissions with an AE. These trigger tools provide an easy-to-use method for accurately identifying AEs (harm) and measuring the rate of ADEs over time. Tracking ADEs over time is a useful way to tell if changes being made are improving the safety of the care processes. There are two approaches to using the harm measures from the trigger tools that is, ‘to monitor an overall level of harm as a dashboard item’ and ‘to track harm in a specific topic or area’. The IHI Global Trigger Tool is designed specifically for the first approach. This is the tool to use for an organization-wide measure that can be reported to leadership. It is designed for use with the records of inpatients in acute care. [6]

The percentage of ADEs caused by medication errors in Kedah State of Malaysia remains unclear. Hence, the present study was aimed to study the extent and types of ADEs from 100 randomly selected patient case sheets from a government hospital in Kedah state of Malaysia and analyze the causality, severity, and triggers using the WHO probability scale, Hartwig’s severity assessment scale, and IHI Global Trigger Tool, respectively.

The data collection form was customized to acquire data regarding ADEs. From each case sheet, patient demographics, past medical and medication history, current medication regimen were collected. ADEs, drug interactions and adverse drug reactions (ADRs) data were identified. The IHI’s ADE Trigger Tool was utilized to identify the ADEs. The IHI’s Trigger tool consists of a total of 24 triggers (T1-T24), pertaining to different types of ADEs that can be identified from the case sheet(s). [7,8]

The ADEs/1000 doses were calculated. The causality and severity was assessed by utilizing the WHO probability scale and Hartwig’s severity assessment scales, respectively. The cumulative data collected were analyzed by descriptive analysis and frequency distribution. [5,9,10] At the end of the study, the number of ACEs was calculated as per measures given in IHI. [11] Allocation, study instrument and analysis of ADE, causality, and severity are depicted in Figure 1. The values were expressed as actual numbers and the corresponding percentages. Frequency analysis was carried out using Statistical Package for the Social Sciences (SPSS) version 16 (SPSS Inc. USA).

Totally 153 ADEs were observed in the study, and few were in two different systems. The total numbers of ADEs according systemic disorders are 160. ADEs: Adverse drug events

Table 2: Classification of ADEs and drug interaction according to system disorders 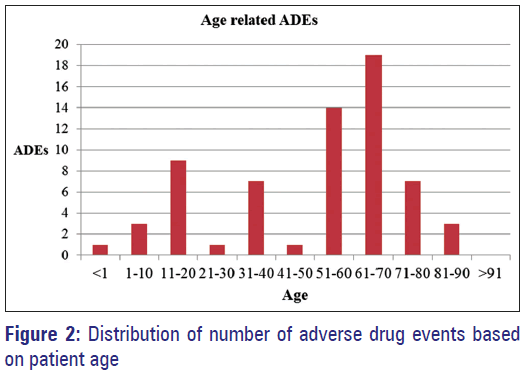 Figure 2: Distribution of number of adverse drug events based on patient age

Table 4: Frequency distribution of the triggers identified based on IHI trigger tool

In Malaysia, the number of studies which identify ADEs in in-patient departments in hospitals are few. There was one study on ADR related admission done in Malaysia showed 24% of drug-related problem (DRP), 24% which results with numbers of ADRs. The highest percentage of DRPs was found among patients age >55-years-old. [12]

From our study, we found out that majority of patients admitted to the hospitals are mostly elderly with age above 50 years. Altered pharmacokinetics and pharmacodynamics among the elderly due to aging cause them to be more susceptible to ADR which consequently causes and increase in hospital admission. Besides that higher number of drugs taken due to multiple disorders/co-morbidities in the elderly in-turn making the elderly prone to problems related to polypharmacy, increased susceptibility to unwanted drug-drug interactions, increased risk of ADRs, decreased compliance to drug regimens, iatrogenic diseases, and subsequently increase in health care cost. [13,14] Mateti et al., also observed 58.33% of ADRs due to cardiovascular drugs in age group of more than 61 years and they suggested that age is also a factor influencing the number of ADRs. [15]

The number of male patients admitted in the inpatient department is more than female though other studies have more female patient compared to males. However, the result obtained from all these studies are of similar values. In the study conducted in New Zealand Public Hospitals, showed that the admission rate of male is 45.1% while female is 54.9%. There is only a difference of 10% which is, however, considered less significant. [16] Reasons for this difference may be due to the populations of each country. According to Country Health Plan (2011-2015), 10th Malaysia Plan by the Ministry of Health, Malaysia, men outnumbered women with the sex ratio of 104 in 2000. [17] With the higher number of males in Malaysia, the rate hospitalization of males may be higher than female. Other reasons may be due to the difference in lifestyles and the surrounding population.

Majority of the patient admitted to the hospital have hypertension as their preexisting disease. Hypertension is a cardiovascular disorder characterized by persistent increase in blood pressure >120/80 mmHg. Due to this condition, furosemide (Lasix) becomes the second most widely used medication prior to administration after salbutamol. Salbutamol is a direct-acting sympathomimetic with β-adrenergic activity and selective action on β2 receptors, producing bronchodilating effects. It is indicated for respiratory disorders like asthma which make up the third in the list of Past Medical History.

Furosemide is most commonly found in the patient’s drug regimen to treat the underlying cause of certain disease/ disorders and patient’s preexisting disease/disorders. A study by Kiau et al., has documented a high prevalence of hypertension among the elderly patients in Malaysia. [16] The overall prevalence of hypertension among the elderly was 74%. The prevalence of hypertension was more common among elderly female and Malay ethnic group. [18] Globally, incidence of cardiovascular diseases has increased in recent years and this may be due to changes in lifestyle, increased stress levels, advanced age, patient disease profile, genetic factor, polypharmacy, etc., are increasing the number of ADEs and incidences of drug–food/drug–drug interactions. [19,20]

Hundred patient medical charts were reviewed to identify the number of ADEs/100 patients. The method employed is using the trigger tools (modified version with 24 triggers) and by reviewing patient’s medical chart retrospectively to detect AE in hospitalized patient.

Using triggers tools as one of the methods of detecting and quantifying the occurrence of ADEs in 100 inpatients medical chart, successfully identified 29 AEs among the 45 positive triggers detected. The trigger with the highest percentage yield of ADEs was T22, an ‘abrupt medication stop’, which was found 24 times in total of 45 triggers detected. This trigger is detected whenever ‘hold’ or ‘stop’ medication orders appear. Then, the reason this was done is looked into. Frequently, it indicates an event like wrong drug, wrong dose or other AE.

Higher degree of accuracy and concise results can be obtained if the study is conducted for longer time periods. Being a retrospective study, there was not any scope for intervention by the researchers. A prospective study can, however, open avenues for potential intervention. Effectiveness can be further increased if pharmacists in the hospital are made aware of the IHI Global Trigger Tool and its use in combating ADEs.

The IHI Global Trigger Tool, WHO probability scale, and Hartwig’s severity assessment scale are important to identify ADEs retrospectively. It can also be used prospectively to identify and reduce the ADEs number. The pharmacists must be oriented to this trigger tool and appropriate training can be given to ensure rational usage of medications is practiced, leading to improved prognosis and patients’ quality-of-life (QoL). The Hospitals in Malaysia utilize the WHO probability scale and Hartwig’s severity assessment scales regularly, but are not familiar with the IHI Global Trigger Tool. This tool can also be used, especially by pharmacists to detect and identify ADEs in in-patient settings. With all trigger tools, data should always be tracked over time and categorized for review, such as in a histogram. This may identify further research focus areas. With regard to the hospital setting, increasing awareness of the pharmacists about the IHI Global Trigger Tool can definitely aid them in detecting and identifying ADEs faster, thereby improving the QoL of the patients in the long-term.