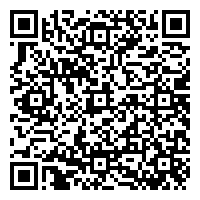 A Detailed Description of Drug Metabolism in Neonates

Administration of Medicines in new borns is based on an integrated understanding of the infants changing physiological features, as well as the pharmacokinetics and pharmacodynamics of a specific drug. As a result, neonatal clinical pharmacology is as dynamic and varied as the new borns admitted to different units, and factors that explain variability are at least as important as median values. The dangers of extrapolating maturational drug clearance based only on adult metabolism will be underlined in the context of neonatal clinical pharmacology (propofol, paracetamol). Second, maturational tendencies for all maturational processes do not progress at the same rate. The disparities in hepatic and renal maturation will be used to demonstrate tramadol, morphine, and midazolam. Finally, pharmacogenetics should be adapted to neonates rather than just replicating adult notions.

Clinical research in the field of new born clinical pharmacology is much needed as a result of this variability, and PK/PD (Pharmacokinetics/ Pharmacodynamics) modelling can help. Furthermore, pharmacovigilance is required to detect particular adverse effects, regardless of whether or not data is currently available to guide medication. As a result, paediatric anaesthesiologists should think about how they may help enhance pharmacotherapy by designing clinical trials and collaborating with others, as well as reporting on medication side effects.

In the biotransformation and removal of drugs, drug metabolising enzymes are essential. As a result, drug metabolising iso-enzyme ontogeny has an impact on neonatal drug clearance. During development, profound changes in drug metabolising enzyme expression occur, affecting medication action and the probability of adverse outcomes in the neonates. Based on developmental trajectories, it appears that individual drug metabolising iso-enzymes may be classified into one of three groups. In foetal life, a first group of enzymes (e.g., CYP3A7, SULT1A3/1A4) is expressed at its greatest level. During the first two years of life, their activity will decline and eventually cease. The second category includes enzymes (such as CYP3A5, CYP2C19, and SULT1A1) that show just a slight rise after birth before becoming more active later in childhood. The third group (CYP2D6, CYP3A4, CYP2C9, CYP1A2) shows mild ontogeny during the second or third trimester of pregnancy, followed by a significant rise in phenotypic activity throughout childhood.

Although the notion is useful for explaining and even forecasting maturational drug disposition, it should be utilised with caution. In adults, clearance maturation for two medications with similar elimination routes may vary. We can’t simply apply to neonates the major and minor pathways of elimination that have been observed in adults. In the lack of an adult major route, metabolic or primary elimination may become a more significant route of elimination clearance in new borns (e.g. caffeine elimination is through renal clearance in neonates and is metabolised by CYP1A2 in adults). To further demonstrate this, we compare propofol metabolism in adults to neonates and put these findings into context using similar paracetamol data.

Propofol is a lipophilic drug. As a result, clearance is reliant on hepatic metabolism and is perfusion restricted, with conjugated metabolites being eliminated through the urine. Propofol metabolism involves many human cytochrome isoforms (hydroxylation, primarily CYP2B6,), with primary glucuronidation being the most important metabolic route in humans following a single intravenous bolus injection. In neonates, however, hydroxylation contributed 65 percent and glucuronidation just 34 percent. In the absence of other routes of elimination, these proportional differences are clinically relevant because they explain the impact of both postmenstrual and postnatal age on propofol clearance in neonates. Despite the fact that glucuronidation is the primary route of paracetamol elimination in adults, the magic of 10 days postnatal age does not apply to paracetamol pharmacokinetics in neonates, where size is the primary covariate of paracetamol clearance. This is because, in the early stages of life, before glucuronidation ability develops, sulphation capacity and even primary renal elimination become more important routes of paracetamol elimination.