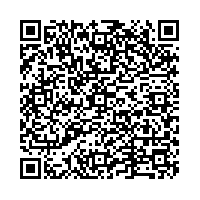 Citation: Kotlo A, Muragundi PM. A Cross-Sectional Study on Mobile Medical Applications and the Effectiveness of the Strategies Adopted to Promote them. J Basic Clin Pharma 2017;8:78-81.

Introduction: Increase in the number of mobile medical applications (Apps) along with an increased sophistication of mobile technology resulted in an altered way of patient awareness and care. It is always challenging for an App developer to ensure the success of an App, hence the present study aims to identify and study the utilization promotional strategies for mobile medical Apps. Materials and Methods: A cross-sectional study was conducted on 150 mobile medical Apps. These were then comparatively evaluated for App information, technical parameters, and privacy permissions. The utilization of promotional strategies, user ratings, and number of downloads were presented descriptively. Results: App store listing and App store optimization, social sharing from inside networks, and keep App freemium were the top three strategies used for the promotion of the mobile medical Apps. Country-wise App ratings indicate that the UK Apps have considerably higher median value for high ratings followed by Australia and the USA. Higher percentage of downloads were seen among the mobile medical Apps developed by Australia, the USA, and the UK developers. Conclusion: Previous studies purely focused on the adherence of medical Apps, benefits of smartphones, and benefits of medical Apps, the effectiveness of promotional strategies on the acceptability of medical App is not available but the need of promoting the Apps was not available in this area. Present study was able to clearly indicate the promotional strategy utilization and was also demonstrated disparities in user rating and number of downloads across countries.

The medical applications (Apps) commonly abbreviated as medical Apps are a type of software enabled via a digital platform boosted by an interface to facilitate effective patient care. Today, medical Apps are an integral part of health-care information access and utilization by patients and health-care providers. The health-care information access and utilization is popularly termed as mobile health (mhealth). Due to the advent of information technology through user friendly mobile phones, mhealth has seen phenomenal growth in the span of a decade and a half. The continuous increase in the complexity and sophistication of mobile technology combined with the development of newer Apps has fundamentally changed the traditional style of patient handling.

Smartphones are not just gadgets anymore, but an individual’s best friend. They put up an exhaustive list of medical and health-care Apps that prod and provoke the user to exercise, monitor blood glucose, review and identify the symptoms. The recent shift toward mobile medical Apps is due to the enhancement of the overall consumer involvement in health care and this is attributed to factors such as reduced visits to the physicians, patient adherence, better decisions, and satisfaction with the overall experience of health-care utilization.

Currently, the mhealth industry is approximately valued in range of $180-$200 billion. [1] By the end of year 2016, there would be approximately 10 billion mobile devices in the world. [2] Another statistics state that number of mobile device users who downloaded at least one mhealth App onto their smartphone doubled between 2011 and 2012. [3] Some of the factors contributing to the growth of medical Apps include the user friendly format and seamless integration and availability with just an click. Medical Apps are in tremendous demand in third world countries and specifically in the Asia Pacific. Countries such as India are also significantly contributing to the medical App due to the robustness of Indian App developers’ expertise. In general, medical Apps are classified as “suggestive,” “awareness,” “symptom identifier,” and “general medical Apps.” As the number of medical Apps increases, it is always challenging for App developers to ensure that App reaches more intended users and garner maximum downloads. Hence, the present study aims to identify and study the utilization of promotional strategies adopted for mobile medical Apps.

Literature survey was done to identify promotional strategies adopted by App developers. A cross-sectional study was done on 150 Apps which were identified [Table 1] from different countries. As the android operating system is available with a wide variety of mobile brands, more people using them it was decided to consider medical Apps developed for android®. The selected Apps were from android operating system and available only in English. [4] Apps which were not having their own website and an E-mail Id were excluded from the study.

Data collection form was designed to record data relating to number of downloads, review ratings, and updates. The App-related information such as number of tabs displayed, introduction, specificity of the disease such as general App, or disease-specific App along with suggestive or awareness App were also recorded. Technical aspects of App such as usage of high quality images, provision of separate web page, and compatibility with all kinds of android platforms were recorded in addition to the privacy permissions and permissions such as Touch Id, Sensors.

Data recorded in the data collection sheet were coded and entered into Statistical Package for Social Sciences, version 15.0. (SPSS Inc. Released 2006. SPSS for Windows, Version 15.0. Chicago, SPSS Inc.). Descriptive statistic was used to present the data and to draw the conclusions.

Different promotional strategies were identified by review of literature from various sites related to App promotion and marketing and top strategies are summarized in Table 2. [5-7]

Apps from various countries were chosen randomly and special focus was laid on developed countries and empirically on developing countries and 150 Apps were selected for the studies which are summarized in Table 1.

The comparative evaluation of parameters from the countries yielded results in which Australian App developers developed (75%) of their Apps for the general disease conditions and the USA developed (68%) of their Apps in the disease-specific category and variations with the other countries were minimal. Australian Apps do not have an introduction for the App with percentage of (100%). Countries such as Pakistan and France have least or no tabs on their front page (90.5%) while the USA and India have the majority share in presenting tabs on their front page with a cumulative percentage of 5%. The UK tops the list in developing awareness Apps (71.4%) while the USA has a marginal foothold in developing suggestive Apps (66.2%). Wonderful usage of high-definition (HD) images can be seen by Australian App developers (100%). Countries such as Pakistan and Russia failed to provide a separate webpage or an E-mail to the consumers who are the potential users of the App (100%). All App developers of the specific countries were excellent in providing portability to the App where the percentages were differing with meager differences (85%, 95%) which are reviewed in Table 3.

App developers of all the countries have higher network access and Australia tops the chart with 100% and the UK is the only country with lower network connections up to (23.8%). Australia App developers have been consistent enough to provide services such as the App working under conditions, wherein the battery has been drained or in conditions of device sleeping (100%) while other App developers are lagging far behind such as India (30%). The Apps from the USA have been profound to track the location of the device (65%). Specific permissions such as numbers in call and USB storage had a minimal percentage without any difference between the various countries (52.3% and 47.6%). Many countries were not providing any access or a framework for the protection or storage of the data (9.5%). UK-based Apps were in forefront for providing camera microphone (39.1%) and data net (52.4%) which are summarized in Table 4. The remaining App permissions such as run setup, sensor touch, and low battery were accounted in all the Apps.

App store listing and App store optimization, social sharing from inside networks, and keep App freemium were the top three strategies used for the promotion of the mobile medical Apps. The promotion by other Apps and websites, create a YouTube channel and speak at events were the least preferred strategies. The details of the strategy utilization are provided in Table 5.

Ratings are the user opinions expressed on 5-point scale, 1 being lowest and 5 being highest for the user satisfaction and preference. For the convenience of evaluation, ratings are expressed as “low” (rating from 1 to 3) and high (rating of 4 and 5). The country-wise results are shown in Table 6.

Country-wise App ratings indicate that the UK Apps have considerably higher median value for high ratings followed by Australia and the USA. Number of downloads are expressed in to two categories such as “high” (more than 100 thousand downloads) and “low” (<100 thousand downloads). The results are shown in Table 7.

The USA is the country which tops the list in possessing the most number of Apps developed followed by the UK and India while other nations such as Australia, France, and Russia are trying to set up the foothold in this sector. Previous studies have purely focused on the adherence of medical Apps, [8-11] benefits of smartphones, [12,13] and benefits of medical Apps, [14,15] the effectiveness of promotional strategies on the acceptability of medical App is not available but the need of promoting the Apps was not available in this area.

To unfold the knowledge gap existing in this area, an extensive study was done and we found that App developers mainly categorized their Apps into general and disease specific, i.e., general Apps are those which mainly focus on fitness, jogging, running, calculation of body mass index, and tracking the calorie intake, etc., while disease-specific Apps are those which adhere to identification of disease symptoms, prior medication, dose and dosage combinations including recent advancements such as fixing an appointment or schedule with an doctor or pharmacist.

Various countries excluding India and the USA do not have any tabs on their front page. Tabs are presented in the App which is the sequential arrangement of the contents in the App. App developers design tabs purely upon their convenience for adjusting to the interface when developing Apps by the design teams.

Australian App developers have a high penchant for including HD images in their Apps [17] as according to mobile statistics because the penetration rate of the android market in Australia has crossed the 50% mark. App developers from the United States are producing Apps which are suggestive while the UK App developers are producing awareness Apps. Countries such as Russia, Pakistan failed to provide the details of separate introduction for the App in the intended webpage as they were in the nascent stages of the App development and are not contenders in the big league.

Device sleeping is an additional permission which was thoroughly implemented by Australian developers. Majority of the countries do not provide access for storage of the data. The UK-based Apps were providing facilities such as camera and microphone for ability to record audio and video. Various countries do not possess a device id as the App developers are not forefront in accessing the device to read the phone status and identity if any connected to a call. The various countries were also having a majority in access to photos/media/files to modify or delete the contents of USB storage.

Mobile medical Apps today play a very important role in healthcare provision and awareness creation. Present study was aimed to understand the utilization of promotional strategies has provided insight in to the mobile medical Apps not only with regard to promotional strategies but also providing some useful comparative results across countries for downloads and user ratings. This is one of the first studies to demonstrate the utilization of the various promotional strategies based on the preference which gives a clear picture to App developers, App entrepreneurs, and App startups. As the effectiveness of promotion strategies is usually expressed in terms of number of downloads and user ratings, the Apps developed by Indian developers found to be having low downloads and user ratings as compared to the medical Apps developed by the UK, USA, and Australian developers.