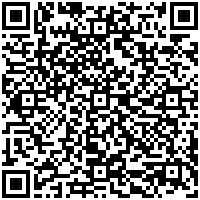 Objective: To evaluate prevalence, types, and severity of potential adverse drugâÂÂdrug interaction in medicine outâÂÂpatient department. Materials and Methods: A singleâÂÂpoint, prospective, and observational study was carried out in medicine OPD. Study began after obtaining approval Institutional Ethics Committee. Data were collected and potential drugâÂÂdrug interactions (pDDIs) were identified using medscape drug interaction checker and were analyzed. Result: A total of 350 prescriptions with mean age 52.45 ± 14.49 years were collected over a period of 5 months. A total of 2066 pDDIs were recorded with mean of 5.90 ± 6.0. The prevalence of pDDI was 83.42%. Aspirin was most frequently prescribed drug in 185 (10.15%) out of total of 1821 drugs It was also the most frequent drug implicated in pDDI i.e. in 48.16%. The most common pDDI identified was metoprolol with aspirin in 126 (6.09%). Mechanism of interactions was pharmacokinetic in 553 (26.76%), pharmacodynamic in 1424 (68.92%) and 89 (4.30%) having an unknown mechanism. Out of all interactions, 76 (3.67%) were serious, 1516 (73.37%) significant, and 474 (22.94%) were minor interaction. Age of the patients (r = 0.327, P = 0.0001) and number of drugs prescribed (r = 0.714, P = 0.0001) are significantly correlated with drug interactions. Conclusion: Aspirin being the most common drug interacting. The use of electronic decision support tools, continuing education and vigilance on the part of prescribers toward drug selection may decrease the problem of pDDIs.

Intravenous (IV) therapy is complex, potentially dangerous and error prone, thus the need for strategies to reduce the risk and complications. [1] Infusion therapy through IV access is a therapeutic option used in the treatment of many hospitalized patients. [2] Infusion medications are associated with high risk of harm. Once injected, reversal is almost impossible unless an antidote exists. [3] The IV route of medication administration has many advantages and benefits. The most important are the immediate therapeutic effect of medications. It can sustain high plasma drug levels and may be used when a person has difficulty in swallowing. [4] The drug when given intravenously will reach the target rapidly. [5] Thus, IV route is the preferred route when the patient is critically ill. However, there are also a lot of possible direct and negative side effects such as pulmonary complications, thrombophlebitis, and infection with the possibility of sepsis. [4] There have been reports of death and harm following medication errors such as wrong dose drug diluents and cross contamination errors. Thus, the primary focus should be to identify IV therapy associated drug-related problems (DRPs). [3]

Drug-therapy (related) problem can be defined as an event or circumstance involving drug treatment that actually or potentially interferes with the patient experiencing an optimum outcome of medical care. [6] DRPs can originate when prescribing, dispensing or administering medications. It may lead to substantial morbidity and mortality as well as increase the health care expenditure, thus affecting both patients and the society. [7]

Intravenous access is usually limited and often need to have medications administered simultaneously through the same line. This is facilitated by a y-site connector where the medications mix in the lumen of the tubing for up to 1 min prior to being infused into the patient. Not all medications can be mixed together as all are not compatible with each other. [9] Incompatibility is an undesirable reaction that occurs between the drug and the solution, container or another drug. Administering incompatible medications together through the same line can result in negative consequences and even death in some extreme cases. [10] The three incompatibilities associated with IV administration are physical, chemical and therapeutic incompatibility. [11]

It was reported that at UK hospitals, the most frequent IV medication errors were related to the administration rate, usually higher than that recommended. The administered drug characteristics, fast rates of drug administration are associated with pain, phlebitis, and other complications. [8]

Intravenous therapy presents a potential risk to patient safety with associated risks varying from minor complications to death. As more number of patients are becoming acutely ill, the numbers of patients requiring IV therapies are increasing. Maintaining the patient’s vascular access throughout treatment is difficult because a number of complications including phlebitis, infiltration, extravasations, and infections may occur. [12] Complications increase hospital stays, duration of therapy, and can also put the patients at risk of other medical problems. [13]

The mission of the profession of pharmacy is to improve public health through ensuring safe, effective, and appropriate use of medications. [14] Clinical Pharmacist can play a significant role in nurse training as an effective method to reduce the rate of errors in the hospital. One obvious solution to aid in the process of DRPs could be considering pharmacy services in IV product preparation by implementing protocol prepared by Clinical Pharmacist and establishment of reporting error systems. [15]

Pharmacist role to provide expert advice on compatibility and stability for the use of multiple drugs if required for IV administration, update staff on new clinical practice guidelines and help to interpret guidelines as they apply to patients with advanced illness. Thus, permanent supervision and involvement of Clinical Pharmacist is important. [16]

A prospective observational study was carried out over the duration of 4 months from April, 2013 to July, 2013 at Private Corporate Hospital, Coimbatore, India and the study was approved by Institutional Ethics Committee. The patients who received more than two IV medications irrespective of their age and gender were enrolled in our study. Patients from Intensive Care Unit (ICU) and Oncology Department were excluded from the study.

Intravenous DRP was defined as an error of using wrong rate or dilution in the context of administering medications intravenously. We addressed DRPs as wrong rate, wrong dilution procedure, incompatibility complications developed after IV administration. The subjects in this study were classified based on their diagnosis into various departments (Neurology, Cardiology, Endocrinology, Nephrology, Ortho etc.). DRPs were further categorized based on type of IV administration (IV bolus, continuous IV infusion).

Drug-related problems and its impact on gender and venous access site, since patients were treated with central and peripheral line were investigated. Data were analyzed by using SPSS software version 14.0.1 manufactured by SPSS Inc., Chicago, IL. Studies have reported that IV administration of drugs has a higher risk and severity of errors than any other medication administration. [18] The DRPs seen in our study population receiving IV medications were incompatibilities, rate of administration errors, dilution errors, and complications. Incompatibilities were dominant than all other DRPs. Among the 110 patients, nearly half of the patients (46.3%, n = 51) were reported with DRPs. When compared to other European studies, [18] it was observed that our study results indicated less number of DRPs.

Direct observational studies performed in the United Kingdom and Germany revealed overall error rates of 49% and 48%, respectively. [18] Whereas among the DRPs in our study majority seen were incompatibilities (40.9%, n = 45), followed by complications developed (12.7%, n = 14) after IV administrations, errors in the rate of administration were accounted for 12 patients (10.9%) and errors in the dilution accounted for nine patients (8%). In contrast, another study revealed that wrong rate of administration was the most frequent error, followed by omissions and wrong dose. [20]

Administering incompatible medications together through the same line can result in negative consequences or death in extreme cases. [9] The large number of incompatibilities seen in our study may be due to lack of knowledge regarding drug incompatibility and their consequences for the patient.

Results from different studies are difficult to compare because of differing methods of analysis. Further to study the significance of DRPs among gender, statistical analysis was performed. Our results revealed that the relative risk for all DRPs were >1. It indicates that there is a large difference between the groups compared. Furthermore, significant association was observed between total DRPs and gender (P = 0.03). Similarly, when comparing DRPs individually significant association was observed in case of incompatibilities (P = 0.013) and complications (P = 0.039). Increased complications seen in men possibly are due to the high number of incompatibilities in men.

A European study reported that effective strategies are needed to reduce the harmful errors during IV drug administration. [21] Based on our observation and results, IV drug compatibility-alert card was prepared in order to enhance the rational use of IV medication and patient safety.

The study has certain limitations. Since it was a pilot study, it was carried out in wards and did not include ICU. Longer period of data collection from ICU, will definitely be associated with other IV administration related DRPs. The time of administration of certain IV medications was different from the time of data collection. Such data were collected from patient records and verbally from nurses. Further studies may be carried out in a large sample size to predict more DRPs.

Although the majority of the DRPs do not cause significant harmful clinical outcomes to patients, training needs as well as plans should be proposed to reduce such complexity. Among the DRPs, simultaneous IV administration of two incompatible drugs was the main predicament faced. As the outcome from the study, an IV drug compatibility-alert card was prepared and distributed to the wards to help and minimize any confusion regarding the commonly used IV drugs. It is recommended that check list should be introduced in wards to encourage monitoring dilution and administration rate of IV infusions. Thus, permanent supervision and involvement of Clinical Pharmacist will improve the quality of preparation and administration of IV medications and will also reduce the DRPs.