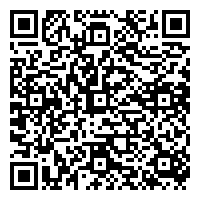 Adverse drug reactions has been accounts 6% of the total hospital admissions, this results in increase economic burden on health care system which is turn results in withdrawal of drugs from market.[1] These adverse drug reactions may vary from mild rashes to severe reactions such as Stevens Johnson’s syndrome. Stevens Johnson’s syndrome is a rare vesiculo bullous disease characterized by an acute cutaneous eruption that involves the skin and mucosal membranes. It is a hypersensitive reaction characterized by skin rashes with hyper pigmentation and cutaneous target lesions involving blistering, erosions over face, trunk, and limbs. Some studies incidence of SJS ranges from 1.2-6 patients per million per year. Studies shows that women were more likely to have TEN and men with SJS.[2] Considering the extent of skin detachment the SJS and TEN are classified as following, the degree of epidermal detachment less than 10% of body surface area being classified as SJS, greater than 30% as TEN and 10-30% as SJS/TEN overlap.[3] SJS is a serious systemic disorder with the potential for severe morbidity and mortality. SJS has the mortality rate of approximately 1-5%. However, when more than 30% of body surface area sloughing is present, the mortality rate is between 25% and 35%.[4] These in addition to severe skin symptoms, often accompanied by complications in numerous organs, such as liver, kidney, and lungs. Patient may initially present with SJS, which subsequently evolves into TEN or SJS-TEN overlap. Diagnosis of disease is mainly by clinical signs and histopathology of the lesions. The most common etiologic factors of SJS were drugs. They account for about 80% of cases. Among the drugs were carbamazepine, Phenobarbital, phenytoin, Valproic acid, allopurinol, lamotrigine, oxicam, sulfonamide antibiotics are most commonly implicated.[5] Other than drugs infections such as mycoplasma pneumonic and herpes simplex virus are commonly reported.[6] The pathobiology of SJS involves a specific immune reaction where human leukocyte antigen (HLA) alleles specific for certain drugs in defined populations are involved in the activation of cytotoxic T-lymphocytes and natural killer cells. Upon the activation, various cytotoxic and immunological signals, including but not limited to Fas/Fas ligand, perforin/ granzyme B and granulysin are launched to mediate the dissemited keratinocyte death and detachment of epidermis in SJS/TEN. If this separation was not treated then it can lead to large denuded areas that cause extreme pain, massive loss of fluid, protein, bleeding, evaporative heat loss with subsequent hypothermic and infection.[7] The characteristic pattern presents with necrotic keratinocytes in either wide dissemination or full thickness necrosis of the epidermis. Vacuolization bleeding to sub epidermal blistering is found in the basal membrane. A superficial, often perivascular, lympho histocytic infiltrate can be seen in the upper dermis. While various amount of eosinophil were observed in the infiltrate of tissue biopsies of the patients with Erythema multiforme major, Stevens Johnson syndrome and Toxic epidermal necrosis. Other investigations reported less epidermal necrosis, more dermal inflammation and more exocytosis in erythema multiform major compared with Stevens Johnson syndrome.[8] The success of the treatment depends on the early recognition of the condition, prompt removal of the causative medications and intensive supportive care in a well-equipped hospital. Several agents with antiinflammatory or immunosuppressive properties have been tried to alter the course of the disease but no single agent has their efficacy clearly proven by clinical trials.[9] Diclofenac is most widely used NSAID for its analgesic activity. A literature search revealed that meager cases of mucocutaneous drug reaction secondary to NASID therapy were reported.[10] In this investigation, we study a case of Diclofenac induced Stevens Johnson syndrome. A 12 year old child was admitted into the pediatric department of SVS medical college and hospital and presented with the symptoms of ulceration of mouth, lips and oral mucosal ulceration, sore throat and also fever since 4 days. In addition to this the child had reddish purple maculopapular lesions on the stomach and forearms and his eyes were congested. Patient’s degree of epidermal detachment has found to be less than 10% of body surface area. In the patient medical history we found that patient has pain in the thigh region for which he has been treated with Diclofenac sodium-50 mg Bid. All the clinical examination including neurological examination and bactericidal culture has been done. The results of skin biopsy showed derma epidermal separation and lymphocytic infiltration. Physical examination shows erosion over lips, dorsum of tongue with no genital involvement and increase in body temperature has been observed. Laboratory tests show complete blood picture Hemoglobin normal, elevated levels of WBC 16500 cells/cumm. Increase C. reactive protein to about 12 mg/dl. T zank test was done and no herpes simplex virus found. Skin biopsy shows dermal epidermal separation. Based on the data obtained team of specialist including dermatologist confirmed that the diagnosis of SJS induced by Diclofenac. Immediately Diclofenac treatment was discontinued and was initiated treatment with the following medication.

Lesions were monitored during treatment and after 5 days of treatment there was no evidence of cutaneous or mucosal ulcers. Discharge medications include pheneramine malate, paracetamol, sliver nitrate, liquid paraffin.

Physicians must warn their patients about the possible side effects. SJS/TEN is a rare and unpredictable reaction to medication. SJS associated with NSAID is rare. Steren reported case series of 135 cutaneous reactions secondary to use of NSAIDS in USA.[11] A study with adverse reactions of SJS due to NSAID’s show that the NSAID, oxicam derivatives appeared to have the greatest association with SJS and TEN in USA and with other NSAID’s reported were much lower. The exact pathogenesis of SJS and TEN remains to be elucidated but apoptotic mechanisms, including involvement of cytotoxic T-cell tumor necrosis factor-α, and Fas (CD 95), Fas ligand interactions are considered to be relevant to these disease.[12] The common complications in SJS/ TEN patients are septicemia, secondary infections, pneumonia and acute renal failure. Antimicrobials, anti convulsants, and antipyretics were commonly reported offending group of drugs for SJS/TEN. Ethnic pharmacogenetic difference plays a major role in drug reaction towards patients. The use of screening prior to initiation is a promising step to further reduce the mortality and morbidity of such reactions. Stevens Johnson syndrome is a very rare complication of Diclofenac use but due to its dangerous consequences, practitioners should be aware of it and give information to their patients.